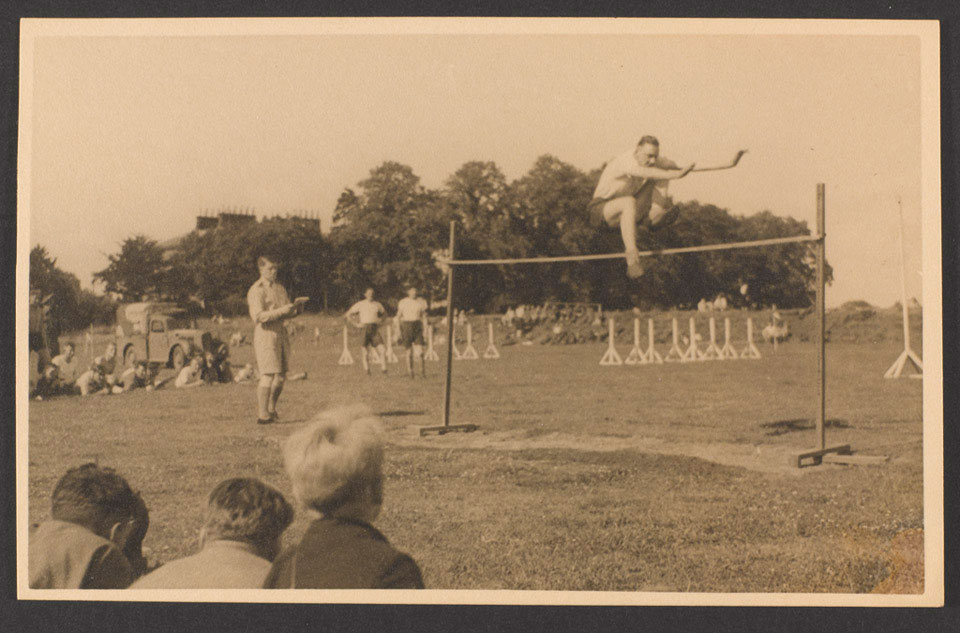 High jump competition at a sports day organised by No 2 Commando, Dumfries, 1941