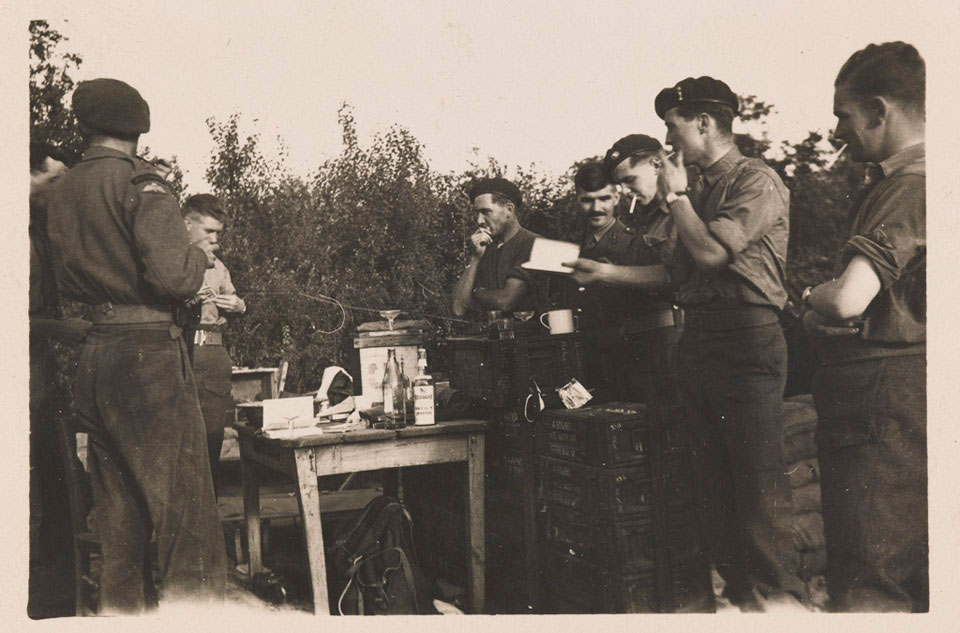 Major Arthur De Jonghe (1903-1968) was a Belgian national who served with British special forces. He took part in Operation Chariot, the raid on St Nazaire, on 28 March 1942, and was later attached to 1 Special Service Brigade HQ as a liaison officer during operations in North West Europe.

Brigadier Derek Mills-Roberts (1908-1980) joined 1st Special Service Brigade in 1940, having previously served with the Irish Guards. He participated in the raid on the German occupied Lofoten Islands and the disastrous Dieppe Raid before being stationed to North Africa as commander of No. 6 Commando. Later in the war he took part in the D-Day landings and was present during the liberation of Bergen-Belson concentration camp.

Lieutenant Colonel Terence Donnelly (d. 1991), served as a General Staff Officer in 1st Special Service Brigade HQ during the North West Europe Campaign. He was appointed Member of the Order of the British Empire (MBE) in recognition of his service during the Allied crossing of the River Rhine to capture Wesel. During this operation Donnelly was in sole charge of beach control and under constant enemy mortar fire.