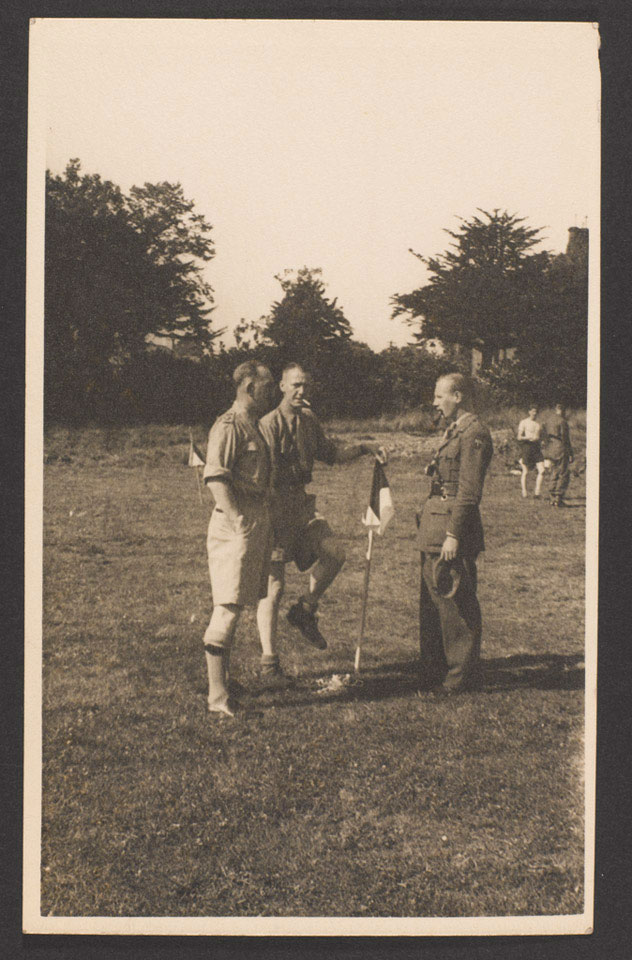 The photograph shows Major Copeland, Captain Black and Lieutenant Colonel Augustus Charles Newman (1904-1972) talking by a corner post. Newman won the Victoria Cross for his gallantry during the St Nazaire Raid in 1942.