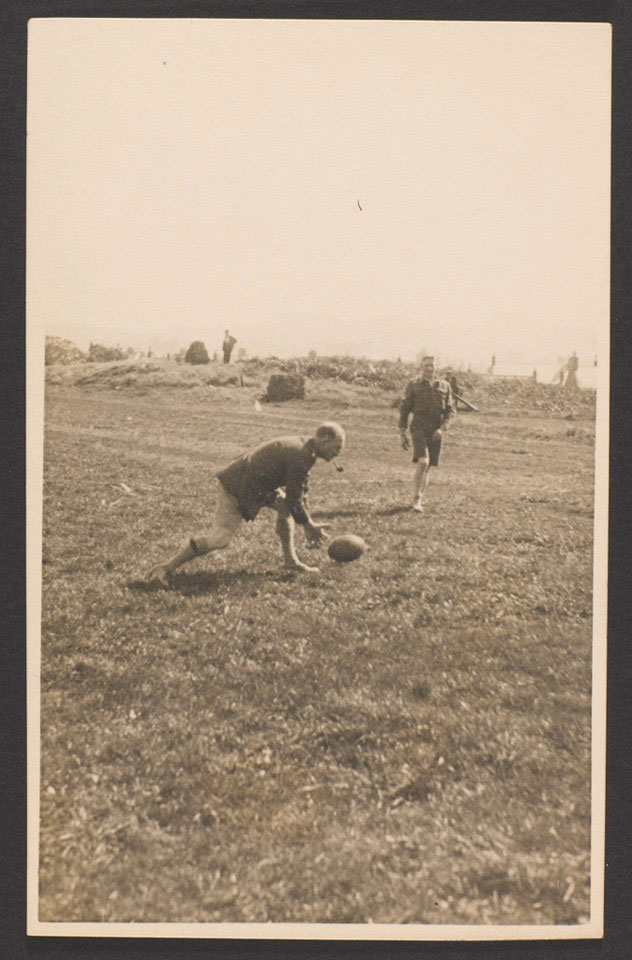 The photograph shows Lieutenant Colonel Augustus Charles Newman (1904-1972) playing rugby with a tobacco pipe in his mouth. Newman was awarded the Victoria Cross for his gallantry during the St Nazaire Raid in 1942.