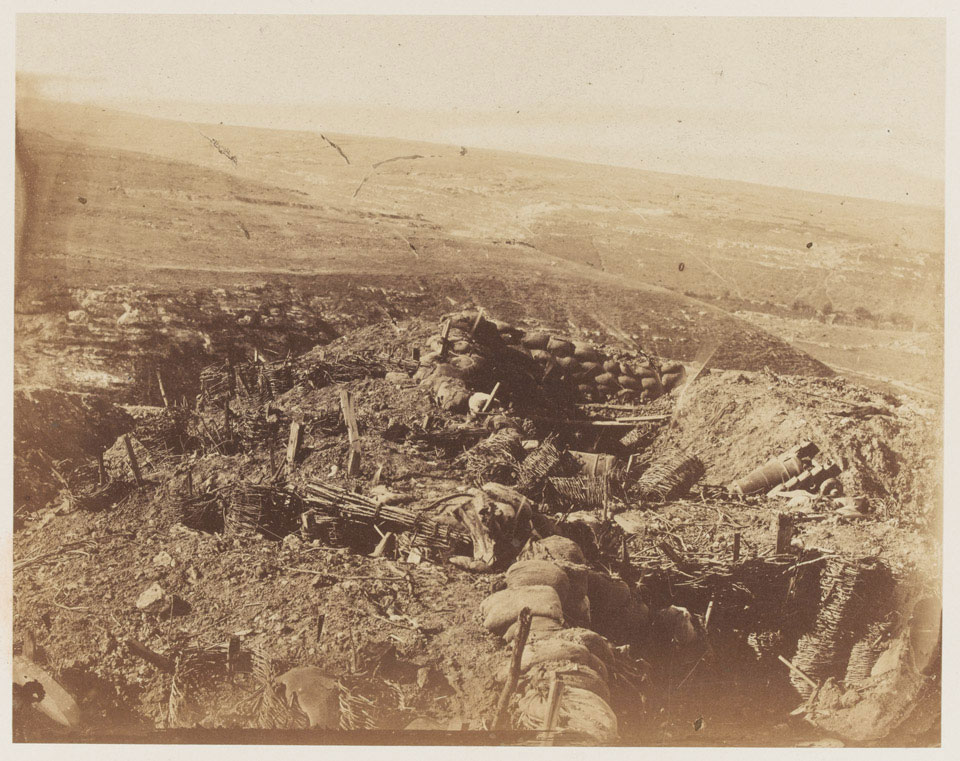 View from the Redan looking towards the Vorontsov Ravine, 1855

The Vorontsov Ravine, to the rear of the British right attack on Sebastopol, was given the name 'Valley of the Shadow of Death' because of the enormous number of Russian shot and shells fired from the Malakhov which overshot their target and rolled into it.

From a folio of 12 photographs taken by George Shaw Lefevre, 'Photographic Views of Sebastopol taken immediately after the retreat of the Russians, September 8 1855'. Published by J Hogarth, printed by T Brettell.