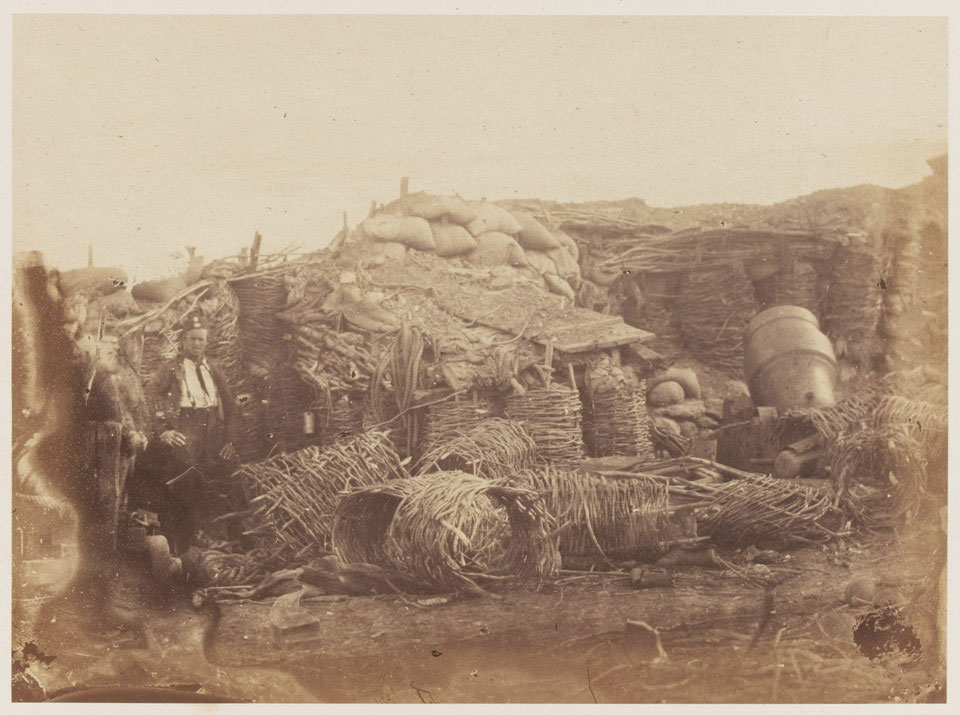 'Whistling Dick' was a large Russian mortar situated in the Malakoff (or Malakhov), one of the main defensive redoubts at Sevastopol. Lefevre took this photograph just after the French had successfully assaulted the position on 8 September 1855, an act that marked the effective end of the siege of the Russian port.

From a folio of 12 photographs taken by George Shaw Lefevre, 'Photographic Views of Sebastopol taken immediately after the retreat of the Russians, September 8 1855'. Published by J Hogarth, printed by T Brettell.