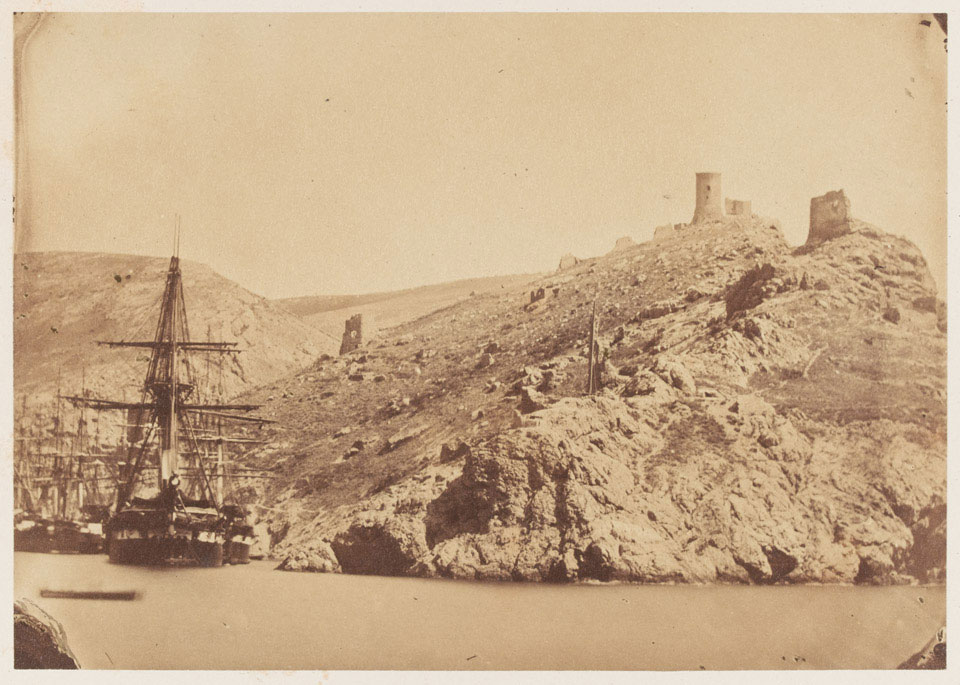 The 'Leander' at the entrance of Balaklava harbour, 1855

The 4th rate frigate HMS 'Leander' was launched in 1848. She was armed with 50 guns and had a crew of 525. During 1855 'Leander' was commanded by Captain William Peel and was the flagship of Rear-Admiral Charles Howe Fremantle, the Superintendent of Balaclava port during the Crimean War.

From a folio of 12 photographs taken by George Shaw Lefevre. Published by J Hogarth, printed by T Brettell.