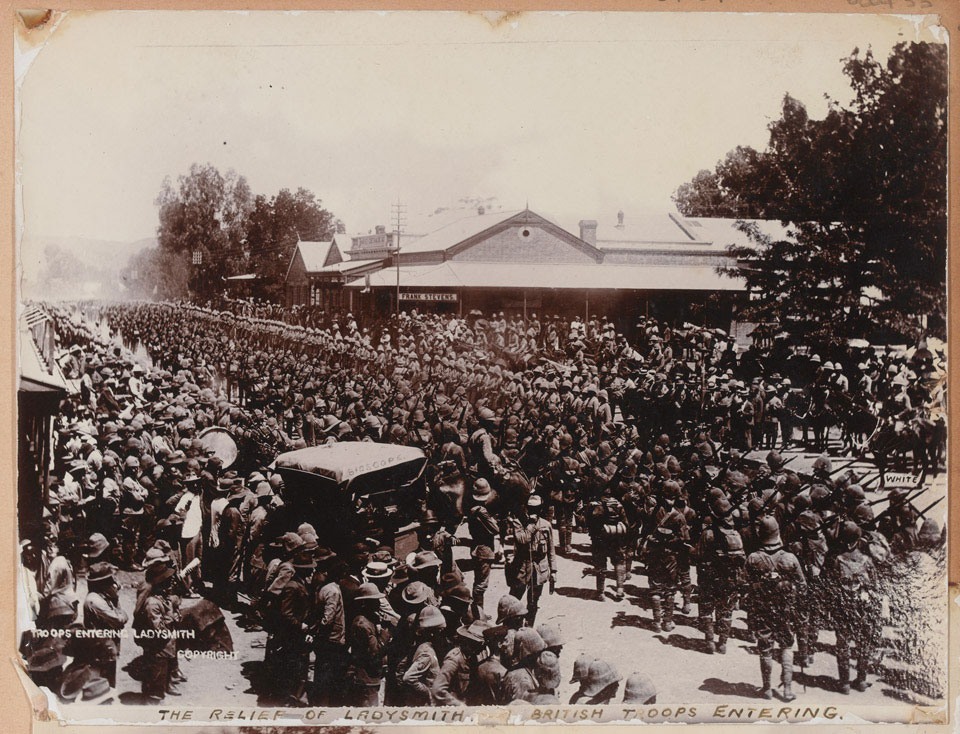 The Siege of Ladysmith was one of the most famous incidents of the Boer War. Following initial successes against the invading Boers at Talana and Elandslaagte (20 and 21 October 1899), Lieutenant-General Sir George White commanding the Natal Field Force, was driven back. White concentrated his forces at the strategic town of Ladysmith where he was besieged by Boers. Some 13,500 troops, the vast majority British regulars, were confined with 7,500 civilians within a 22.5 km perimeter.

General Sir Redvers Buller VC commanded the British relief force, but his initial attempts to relieve the town resulted in the failures at Colenso (15 December 1899), Spion Kop (24-25 January 1900) and Vaal Kranz (5-7 February). However, the final and successful attempt began with the capture of Hlangwane Hill on 19 February. This gave the British forces command of the Tugela River. On 22 a steady advance was made on Pieter's Hill which was taken and held at the cost of heavy casualties. Buller then pivoted his whole army, swinging the centre and left back across the Tugela, before re-crossing it to turn the Boer left flank, thereby opening the way to relieve Ladysmith on 28 February 1900.