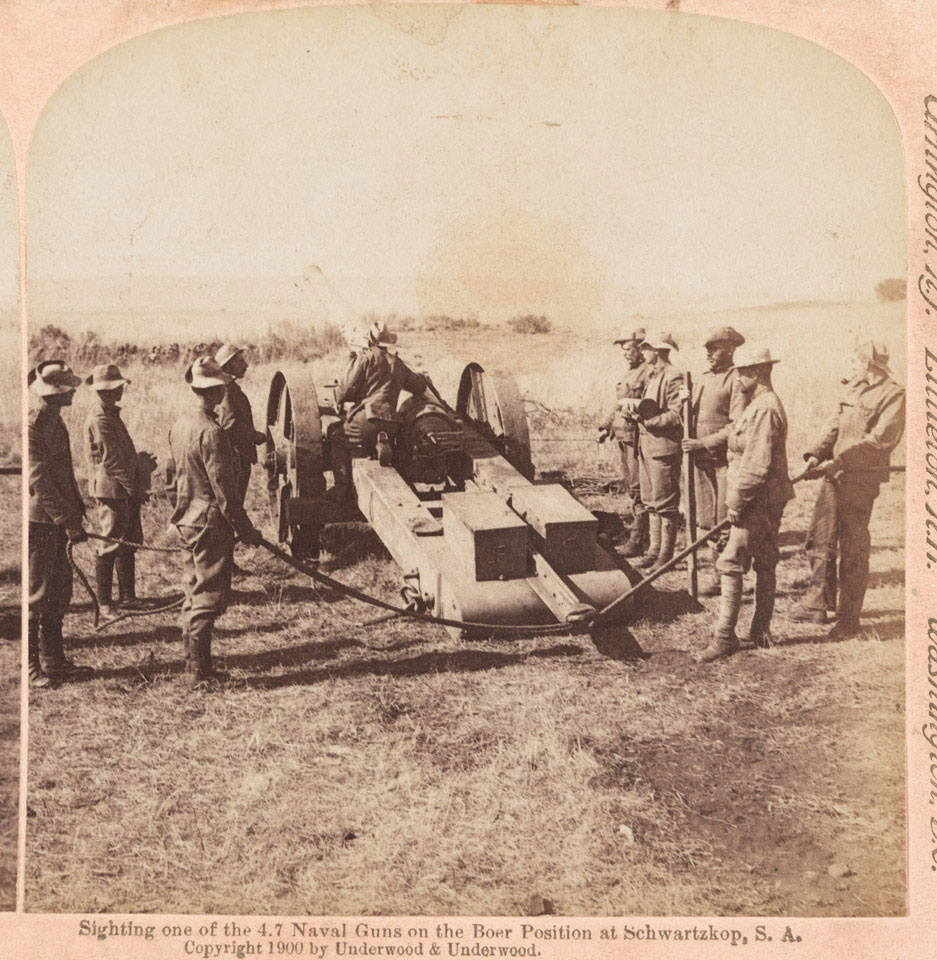 'Sighting one of the 4.7 Naval Guns on the Boer positions at Schwartzkop', 1900

The Royal Navy often took part in land operations to assist the Army. These landing parties were called Naval Brigades. The guns from British warships played an important role during the campaign to relieve the besieged town of Kimberley in the Cape Colony.

From a collection of 37 stereoscopic photographs relating to the Boer War by Underwood and Underwood, 1900.