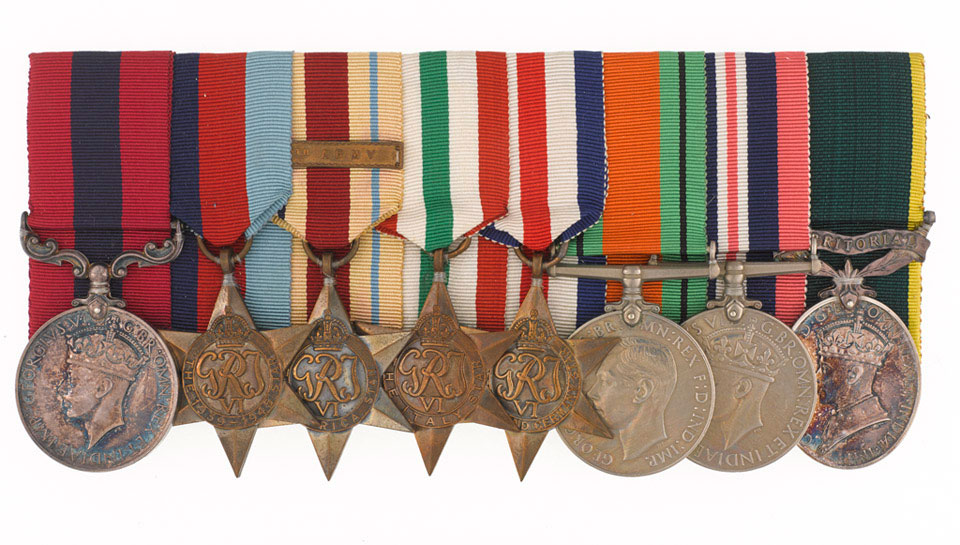 Sergeant Sidney Morton Vernon was awarded the DCM for his actions in North Africa in March 1943 during World War Two (1939-1945). On 20 March 1943 Vernon was ordered to mark and clear a path through an enemy minefield at Wadi Zigaou in Tunisia, part of the defensive Mareth Line, held by German and Italian forces. While under heavy enemy artillery fire, Vernon and his men cleared the way enough for Allied armour to advance. Vernon guided the first four tanks across the dry water course himself. On 21 March 1943 Vernon and his unit, still under fire, returned to the minefield to complete the task. His Platoon Commander was killed during this action and Sergeant Vernon took command, oversaw the completion of the job and extricated his men without further casualties.