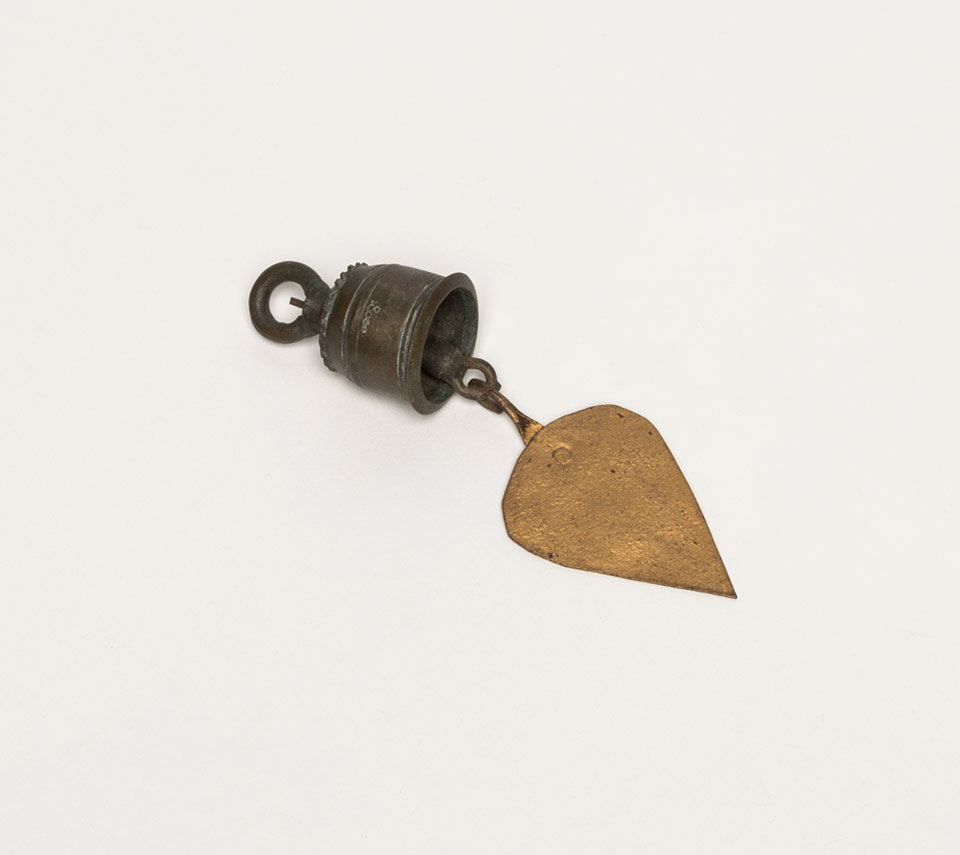 The bell was recovered from a bombed pagoda in Mandalay during World War Two by Captain A J Parfitt, Royal Engineers, February 1945.

Attached and suspended from the clapper is a thin leaf-shaped sheet of gilded iron. These small Burmese bells are suspended in pagoda temples and chime when the pendant catches the wind.

During the fighting for Mandalay in February 1945, a detachment of troops from XXXIII Corps came under mortar and shell fire, directed at them by a Japanese observation post set up inside a pagoda. An air strike was ordered against the pagoda and the observation post neutralised.