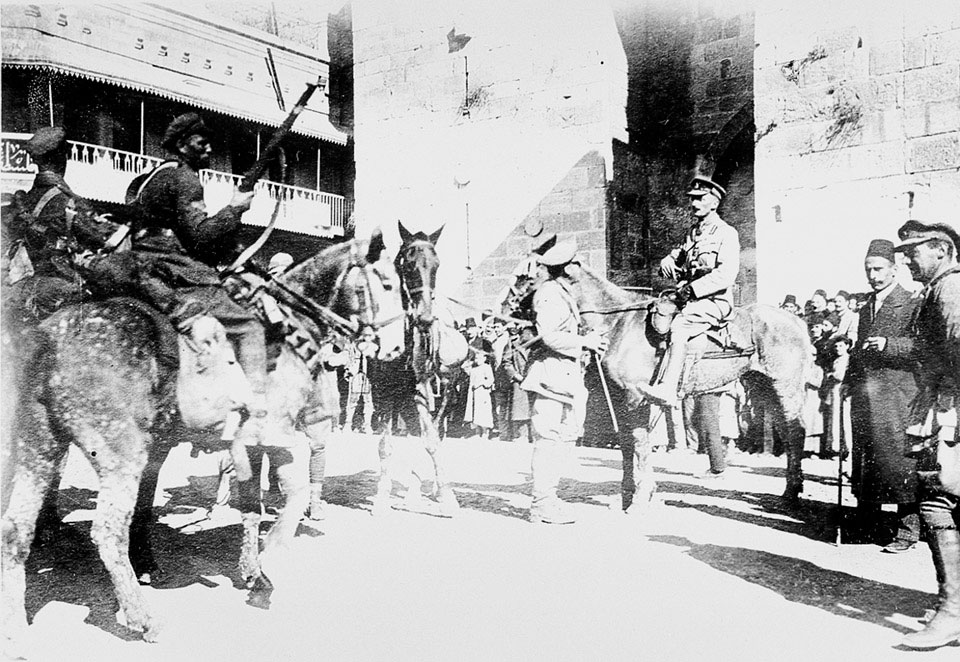 Commanding officer and staff of the first troops to enter Jerusalem, December 1917

The first soldiers to enter Jerusalem were from 2/19th Battalion, The London Regiment, who arrived on the morning of 9 December. Although the Ottoman governor tried to surrender to them, the city did not formally capitulate until General Sir Edmund Allenby entered two days later.