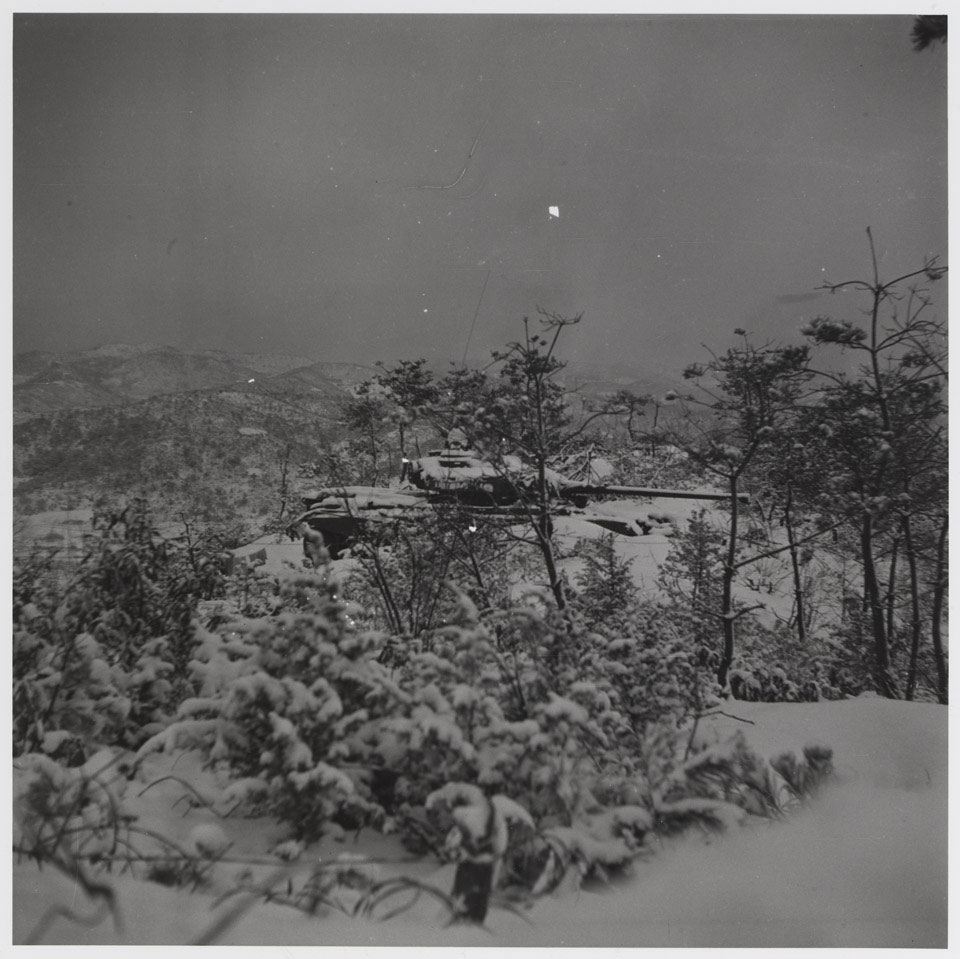 Initially United Nations soldiers were unprepared for the Korean climate. Freezing winters with heavy snow, icy winds and temperatures as low as -40°C meant that troops had to deal with frost-bite, frozen ground and equipment.

This photograph shows a Centurion tank of the 5th Royal Inniskilling Dragoon Guards during the winter of 1951-1952. Temperatures of -22 C meant that the tanks' engines had to be started up every two hours at night.

One of a collection of photographs taken by John Whitehouse, 15 Division Locating Battery, Royal Artillery, Korea, 1951.