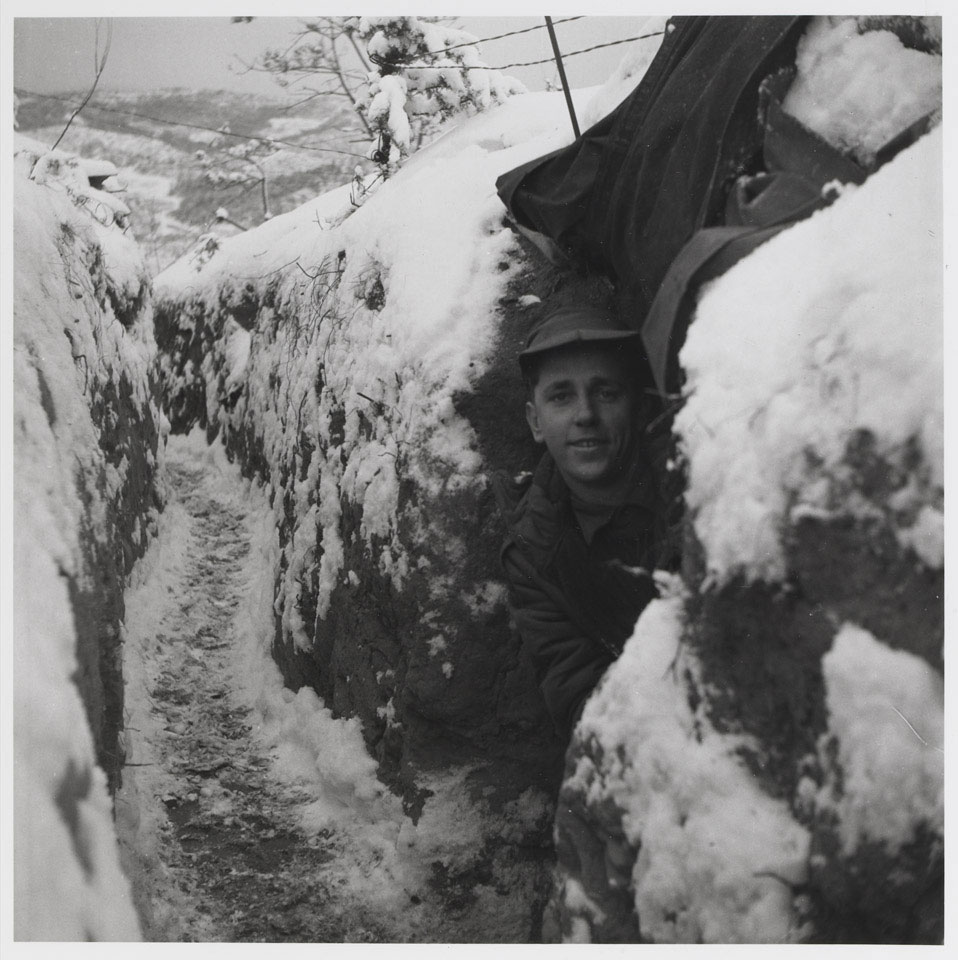 Signalman Saggers of 15 Division Locating Battery, Royal Artillery, looks out from an Advance Post dug into the side of a crawl trench, Winter 1951

Initially United Nations soldiers were unprepared for the Korean climate. Freezing winters with heavy snow, icy winds and temperatures as low as -40°C meant that troops had to deal with frost-bite, frozen ground and equipment. In the humid summers temperatures rose to 41°C and disease and rats flourished. During the monsoon trenches and dugouts flooded and collapsed. Korea's terrain and climate were as much an obstacle to British soldiers as the enemy they fought.