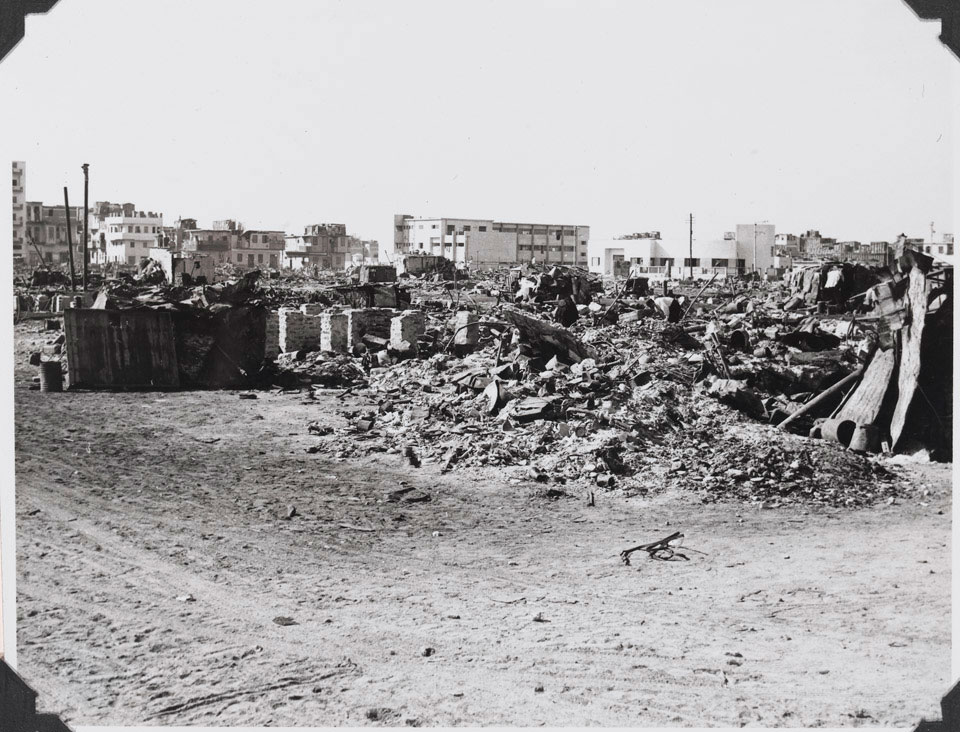 Buildings damaged by the bombardment of Port Said, November 1956