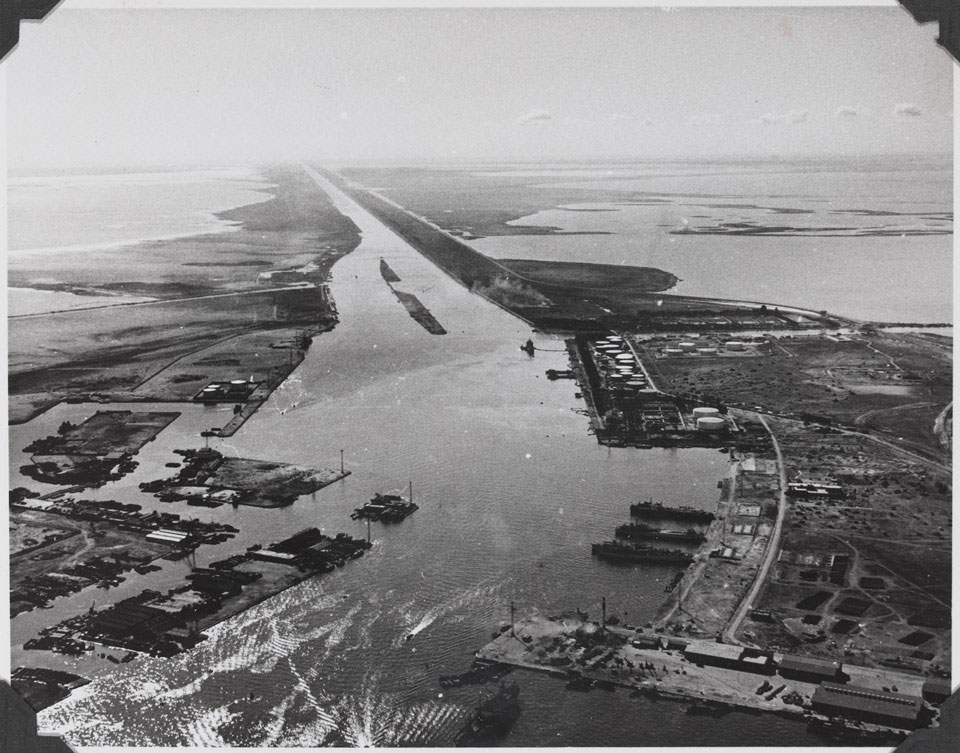 Looking south towards el Cap, which is just on the horizon, November 1956

This photograph was taken during Operation Musketeer, the British part of the invasion of Egypt by France, Israel and the United Kingdom. The Western powers hoped to regain control of the Suez 'Canal which had recently been nationalised by the Egyptians. The operation was a fiasco and the invaders were forced to withdrawal after economic and political pressure from the United States.

From album of 60 photographs compiled by an officer of The Glider Pilot Regiment, possibly Capt R E Pink, Nov-Dec 1956.