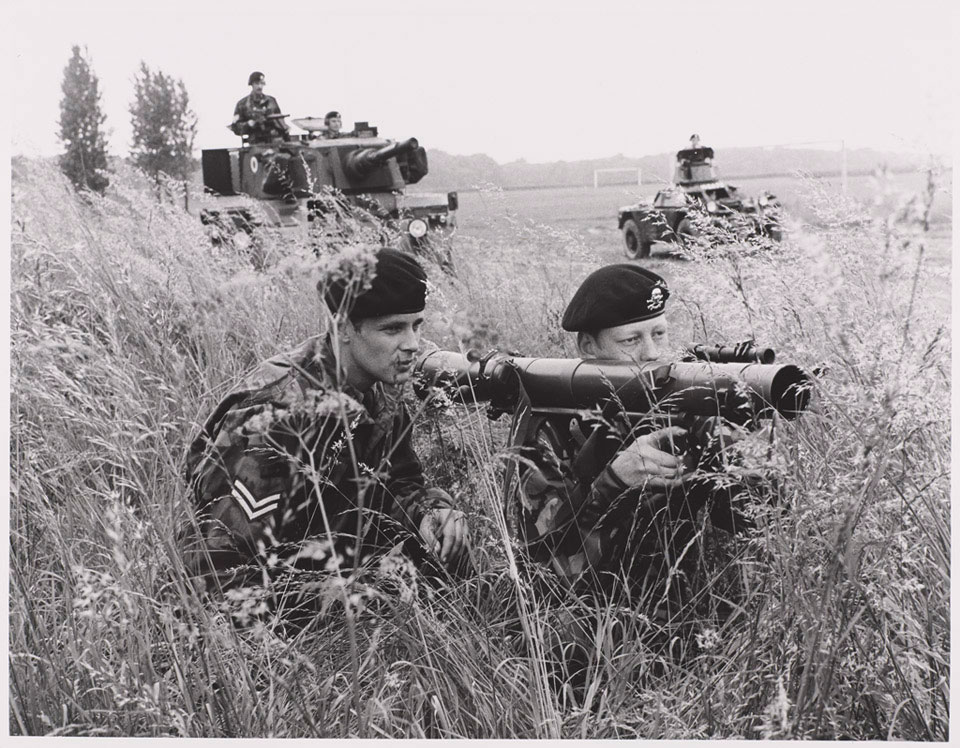 The Swedish-made Carl Gustav was normally operated by a two man crew, a gunner and a loader. Although designed as an anti-tank weapon, its tactical role was expanded with the adoption of other types of ammunition, including high-explosive fragmentation rounds, anti-personnel shrapnel rounds, smoke and illumination rounds.