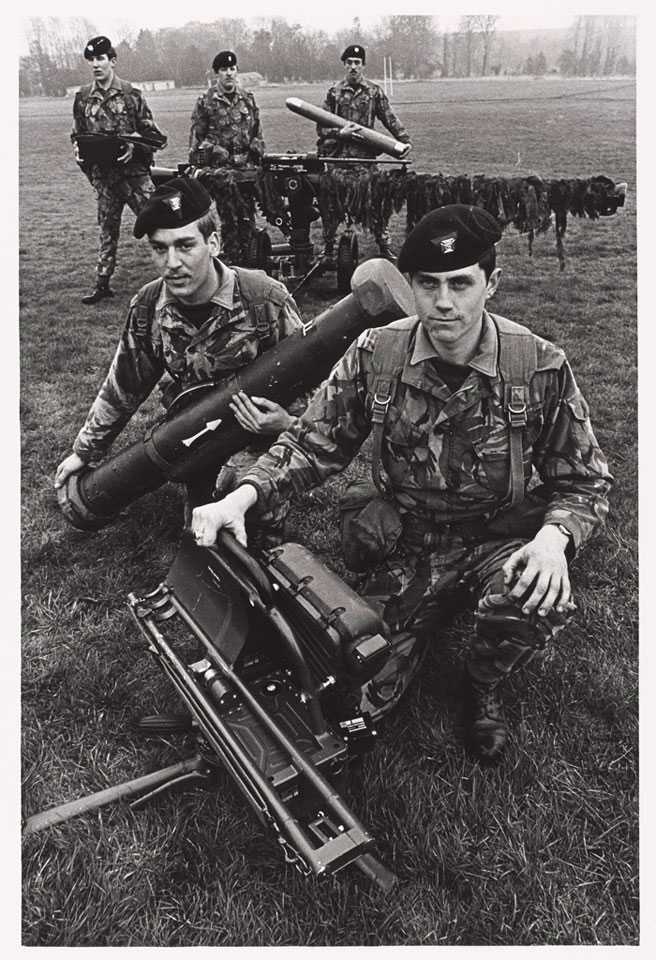 Men of the Duke of Edinburgh's Royal Regiment with a Wombat anti-tank recoilless rifle and Milan anti-tank missile, 1980 (c)

The Milan was adopted by the British Army in the 1970s and replaced the various recoilless ant-tank rifles. It allowed operators to guide a missile to its target via signals sent on a long wire. It remained in service until 2005.