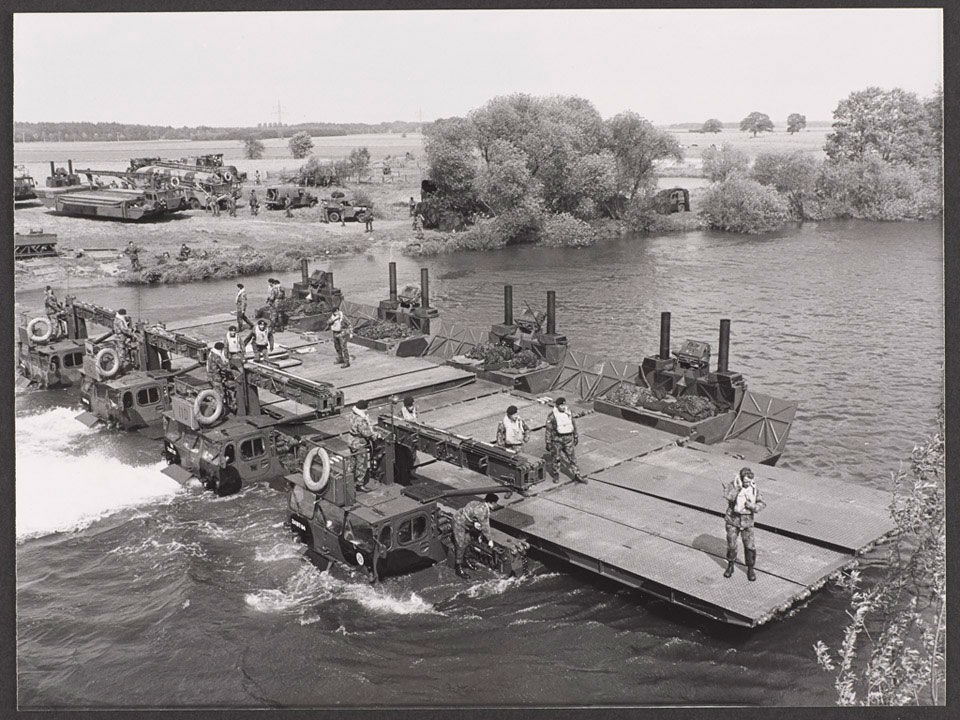 The M2 Amphibious Rig was a amphibious bridging vehicle that enabled specialist units of the Royal Engineers to bridge rivers and other "wet gaps." Single vehicles, or multiples, could be driven into rivers and linked together to form a type of pontoon bridge.