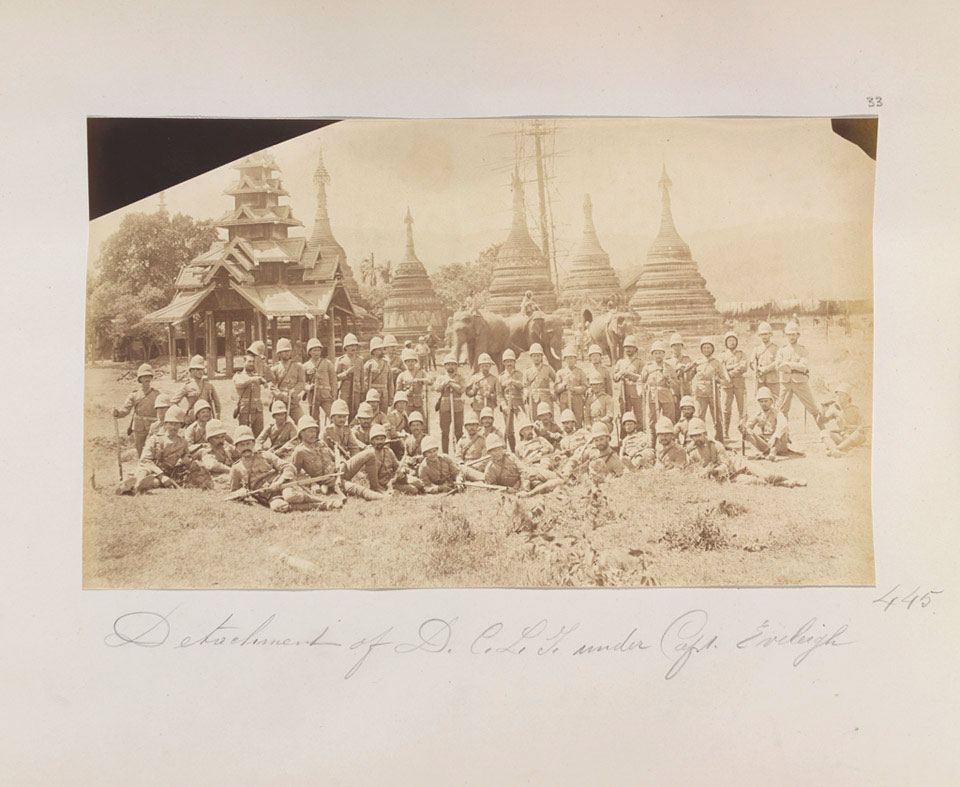 A detachment of the Duke of Cornwall's Light Infantry under Captain Eveleigh, 1891

After the British Empire annexed Upper Burma in 1885, the town of Wuuntho became a refuge for Burmese rebels and groups of dacoits. This continued until 1891 when a force of around 1,800 British soldiers under General Sir George Wolseley occupied the area.

From an album of 50 images of the expedition under Brigadier General Sir George Benjamin Wolseley to Upper Burma 1891.