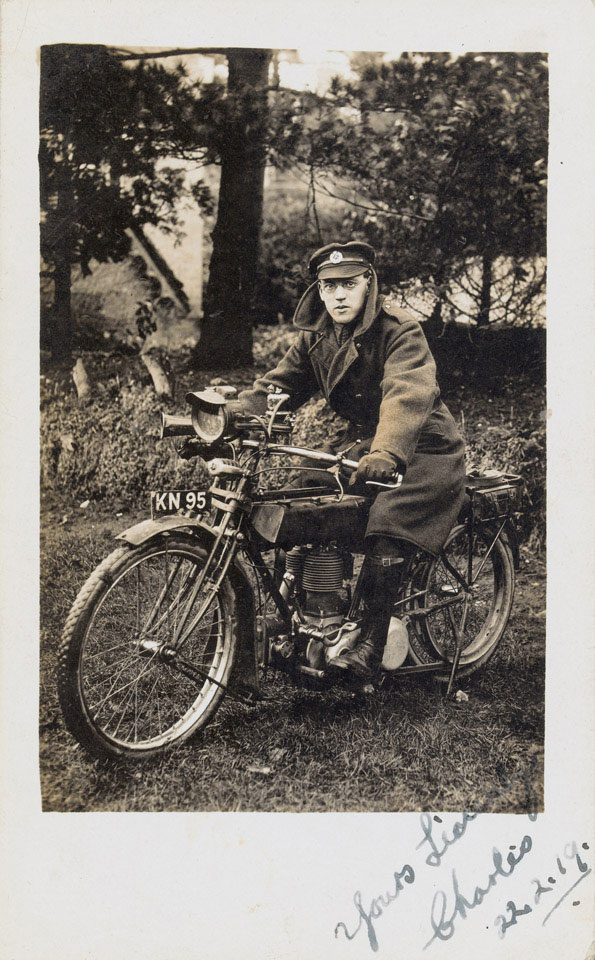 The despatch riders of the Royal Engineers and Royal Corps of Signals fulfilled a vital role in maintaining communications, sometimes under extremely difficult conditions. On the Western Front they often had to force their way through roads clogged with heavy traffic and along muddy trails, frequently under fire.