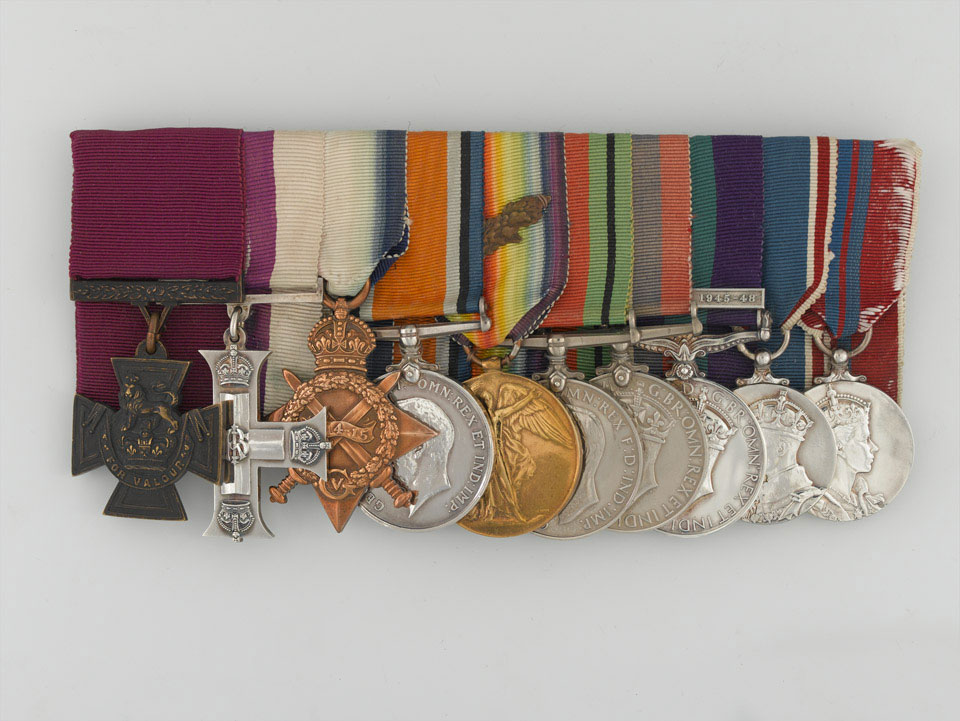 Acting Captain (later Brigadier) Alfred Maurice Toye of the 2nd Battalion, The Middlesex Regiment (Duke of Cambridge's Own), was awarded the Victoria Cross (VC) for his actions on 25 March 1918 at Eterpigny Ridge in France.

'Captain Toye displayed conspicuous bravery and fine leadership when he three times re-established a post which had been captured by the enemy with one officer and six men. He counter-attacked with 70 men and took up a line which he maintained until reinforcements arrived. In two subsequent operations he covered the retirement of his battalion and later re-established a line that had been abandoned before his arrival, he was twice wounded but remained on duty'.