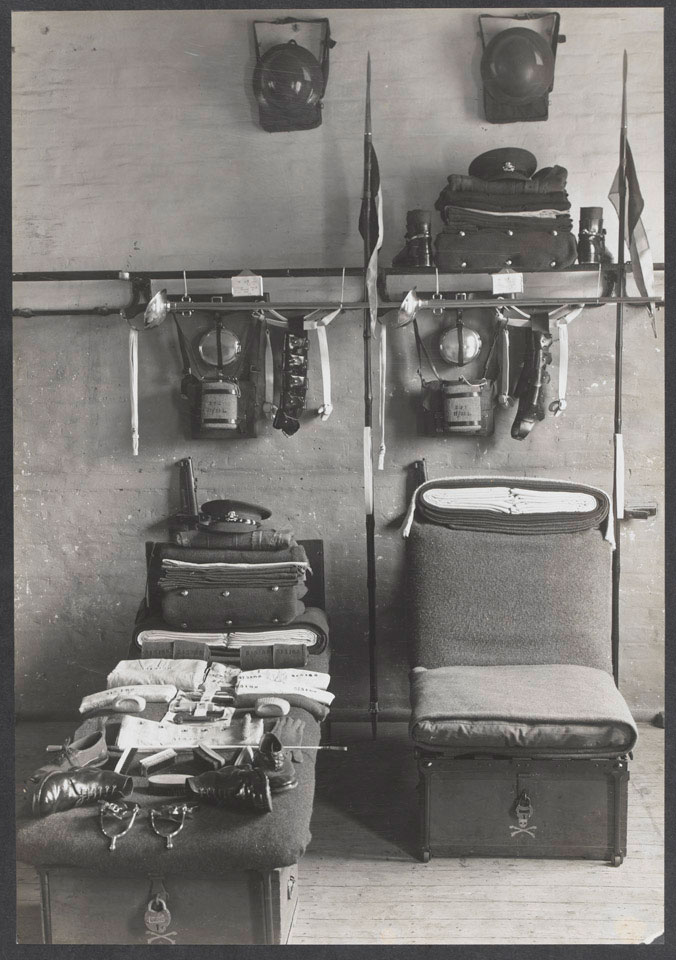 This image shows a typical barrack room interior of the period. The telescopic beds were normally folded away like the one on the right. For inspections the layout on the left was adopted. In this image a wide array of clothing and equipment can be seen, ranging from the lances on the right, the 1908 pattern sword and the 1903 pattern bandolier equipment used by cavalry regiments and mounted troops of the time. The respirators and steel helmets hung up at the rear signal the way warfare had changed.

Although the 17th/21st Lancers was still horsed, it was eventually mechanised in India in 1938 and the horses retired.