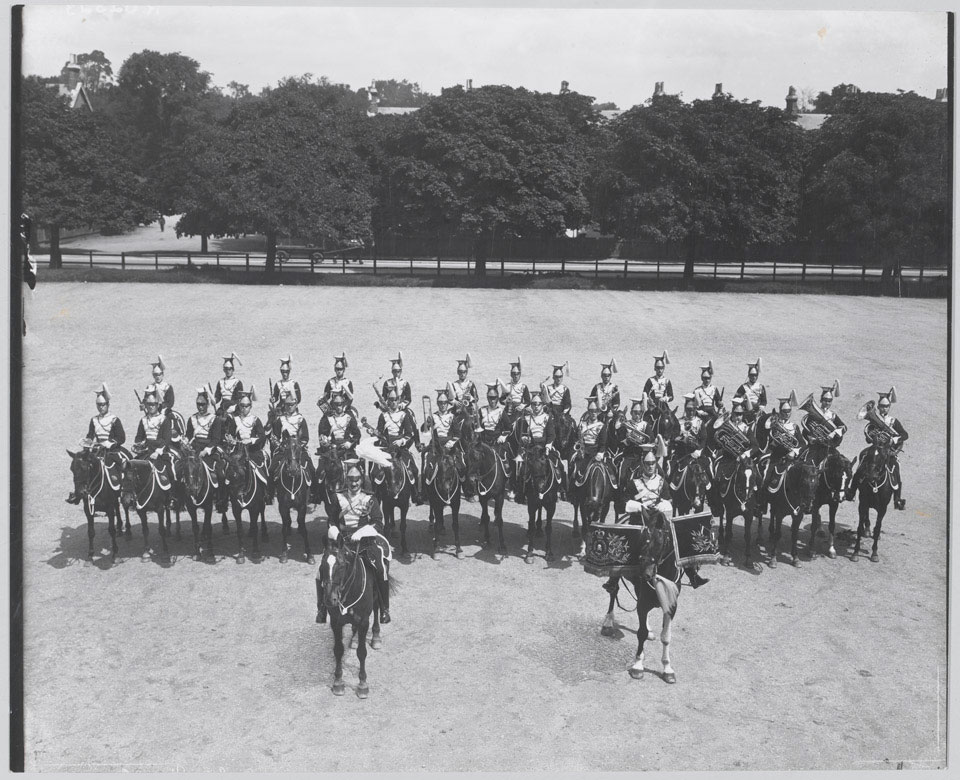 Each regiment still maintained a band after World War One (1941-1918). Although full dress had been made obsolete in 1914, some bands still wore it. Here the distinctive white plastrons and chapkas of the 17th/21st Lancers can be seen. Bands undertook a wide variety of types of music, which could range from a concert band to a full mounted band shown here. The drum horse at the front right of this image would normally lead the band. Although the regiment was still horsed, it was eventually mechanised in India in 1938 and the horses retired.