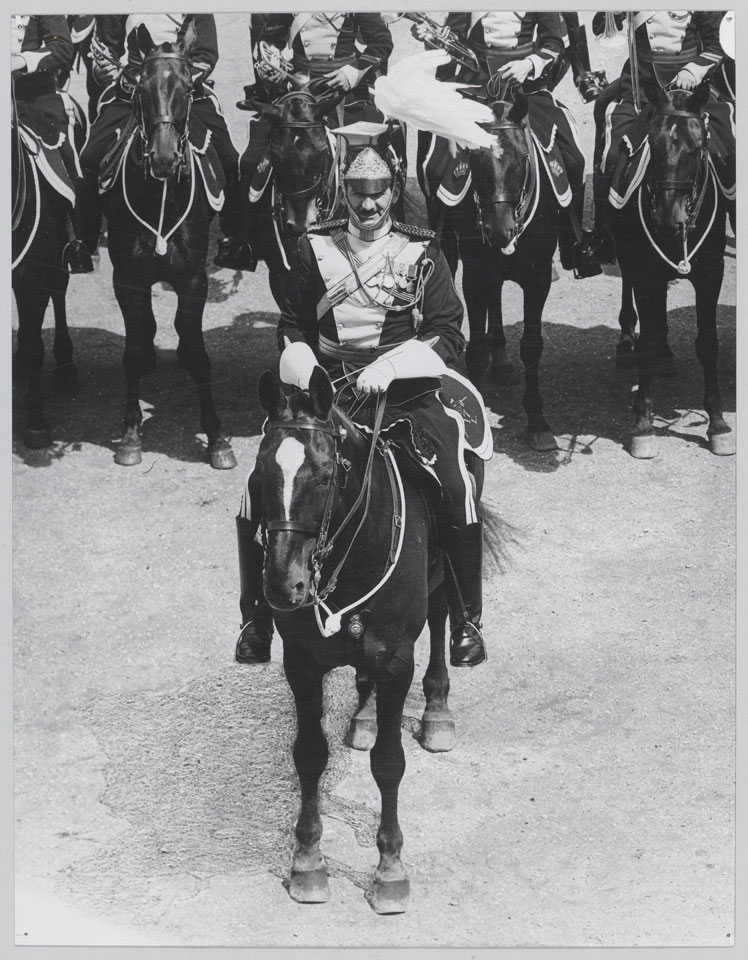 Each regiment still maintained a band after World War One (1914-1918). Although full dress had been made obsolete in 1914, some bands still wore it. Here the bandmaster with the uniform of the 17th/21st Lancers, including the distinctive white plastron and chapka, holds his conducting baton in his right hand, which he would use to conduct the band on the move. Bands undertook a wide variety of types of music, which could range from a concert band to a full mounted band shown here. Although the regiment was still horsed, it was eventually mechanised in India in 1938 and the horses retired.