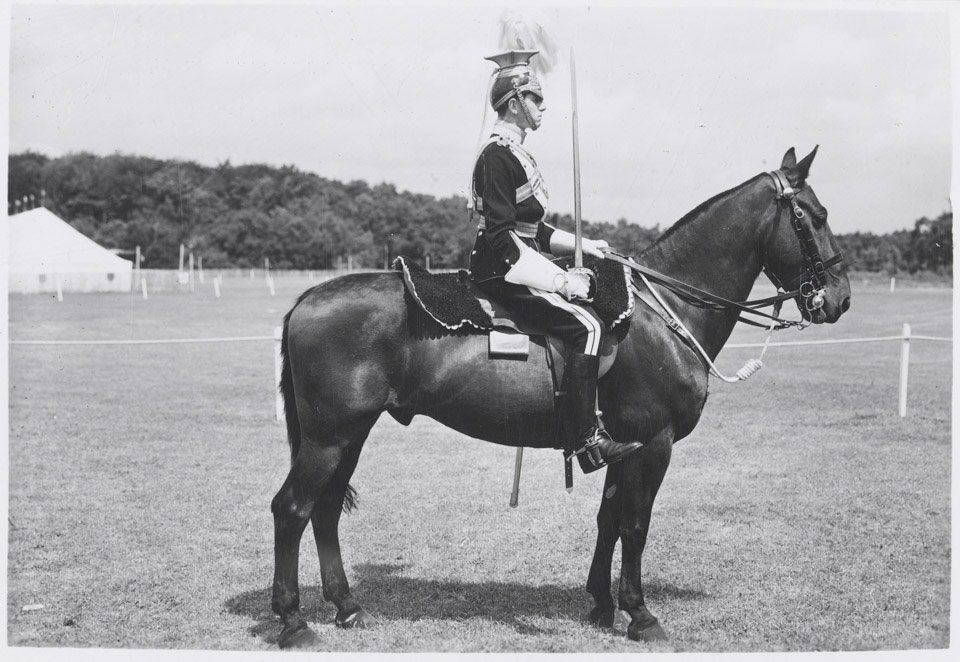 Although full dress uniform had been abolished in 1914 on the outbreak of the First World War, it was occasionally used for important Regimental and other ceremonial occasions. The regiment was still horsed when this photograph was taken, but it was eventually mechanised in India in 1938 and the horses retired.