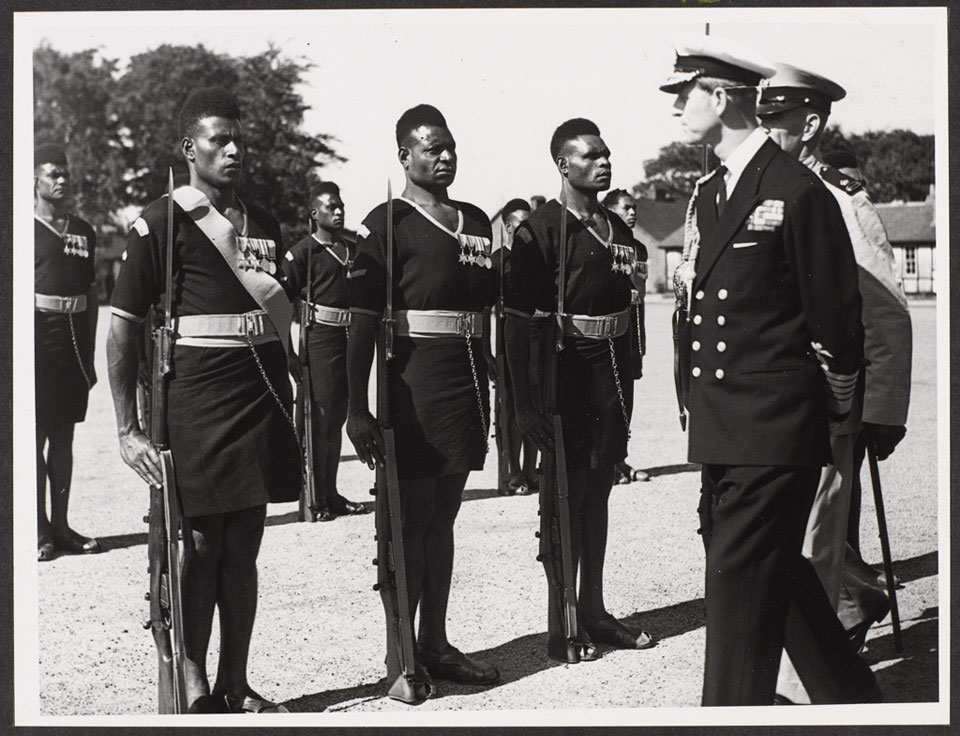 Photograph by Gale and Polden, London, 1953.

The men depicted were part of a 2,500-strong military contingent from the Colonies and Commonwealth who took part in Queen Elizabeth's Coronation Procession on 2 June 1953.

An estimated 3 million people lined the streets of London to catch a glimpse of the new monarch as she made her way to Westminster Abbey from Buckingham Palace in the Gold State Coach. Over 16,000 soldiers took part in the procession itself or lined the route.