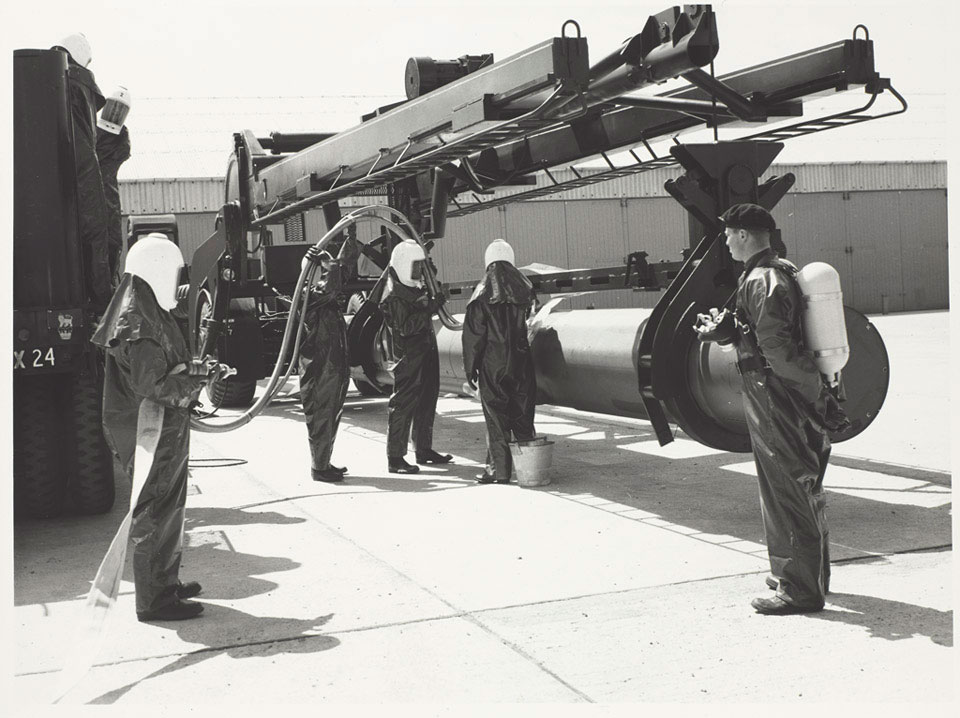 Royal Artillery personnel in protective clothing fuelling a Corporal missile at a public demonstration during the Cold War (1945-1989).

The MGM-5 Corporal missile was an American surface-to-surface tactical missile developed during the Cold War for use in the European theatre. It had an operational range of around 130 km (81 miles) and was capable of carrying conventional, chemical or nuclear warheads. The Royal Artillery adopted the Corporal II in the mid-1950s. The British annexed the islet of Rockall in the North Atlantic in 1955, its final territorial acquisition, to facilitate training with the missile.

A contemporary newsreel of the demonstration records that the missile's nuclear payload meant that 'One Corporal unit therefore has a greater striking power and greater ranges than the biggest concentration of artillery ever gathered in World War Two', and that, 'this powerful weapon alters the whole conception of the tactical use of artillery and thus the whole nature of land warfare'. Stressing Britain's operational independence in regard to the weapon, it records that, 'The Gunners have used many strange weapons but none more deadly than this'. The system was retired in 1966.

From a collection of official photographs taken by Central Office of Information, 1950 (c)-1969 (c).