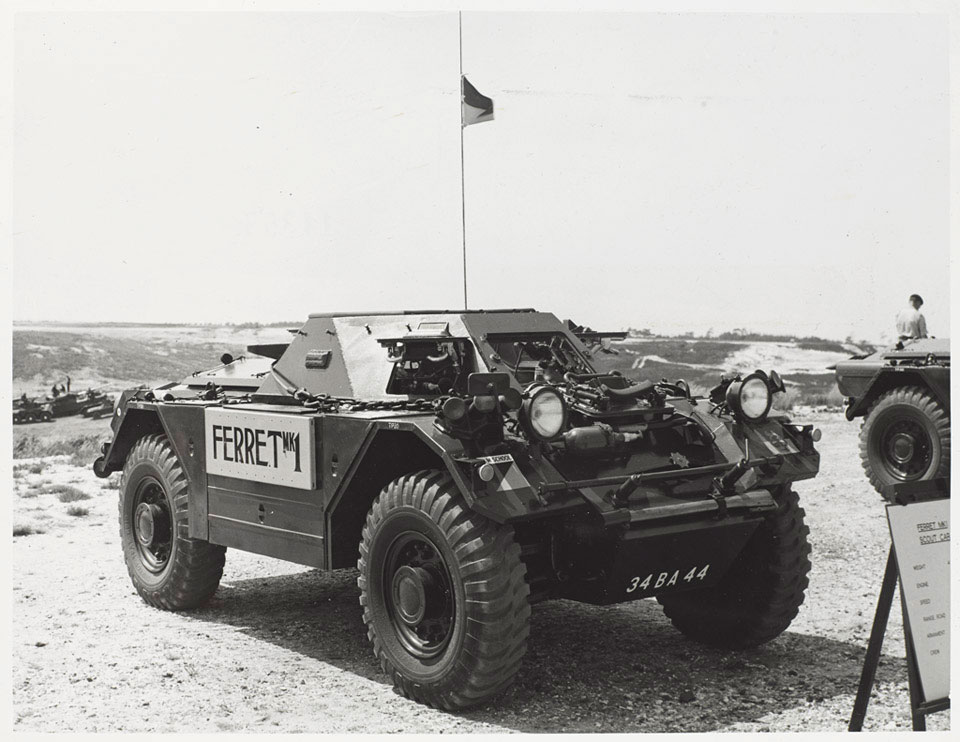 The Ferret was built by Daimler and it followed a similar design to the company's World War Two scout car. The Mark 1 was open-topped while the Mark 2 was fitted with a turret mounting a .30 calibre Browning machine gun. Both variants were operated by a crew of two.