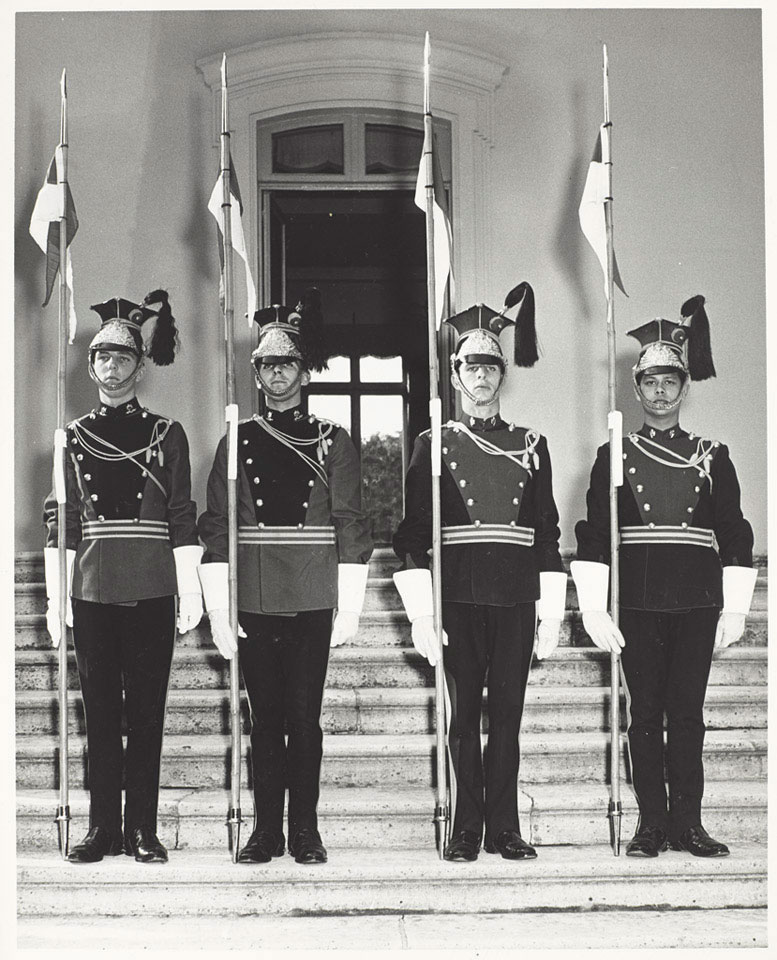 Although British Army lancer regiments had long abandoned the lance for active service following mechanisation in the 1930s and 1940s, they still carried it for ceremonial purposes.

Members of the 16th/5th traditionally wore the 1914 full dress of its two predecessor regiments, the 16th Queen's Lancers (the two figures on the left) and and the 5th Royal Irish Lancers (the two soldiers on the right).