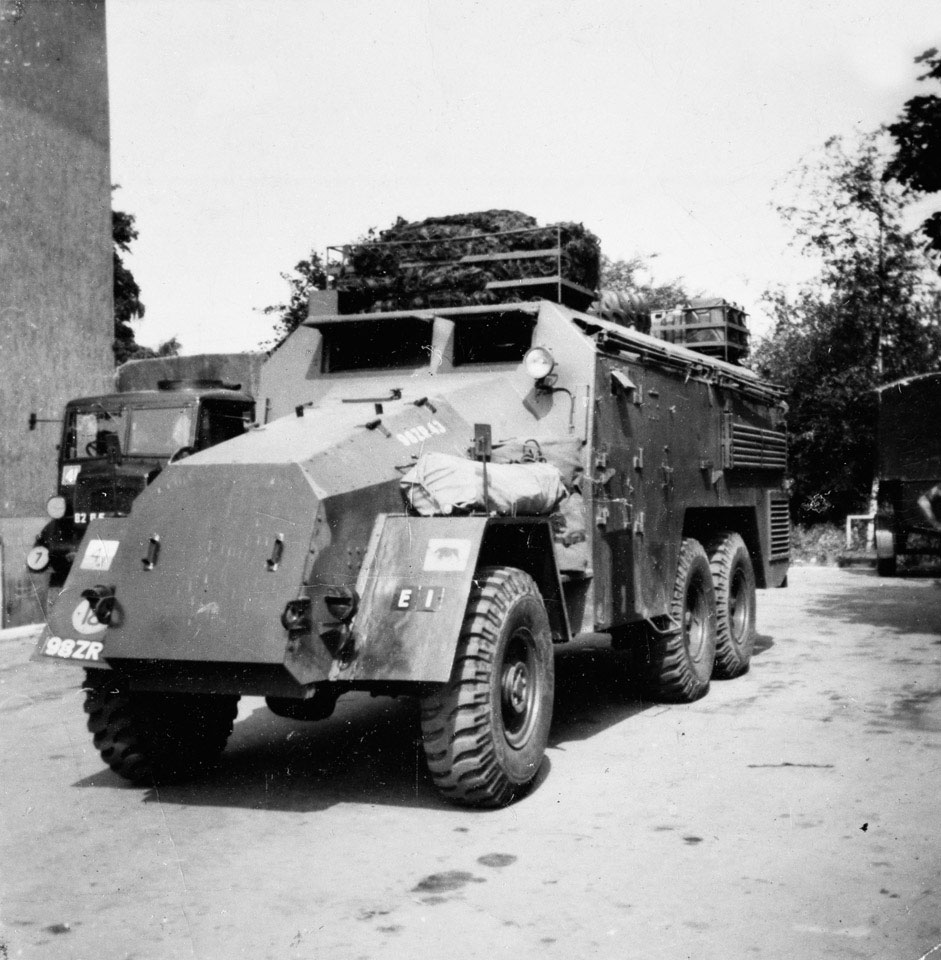 Propelled by an AEC 11.5 diesel engine, this lorry was the command vehicle of the Corps of Royal Engineers units attached to the 11th Armoured Division. It served throughout the desert war in North Africa, the Italian campaign and during the occupation of Austria and Germany. This model of vehicle was in use until 1959.

From a collection of three photographs by Driver Ray Lamb, Royal Signals, relating to utility and command vehicles in use from 1949-1954.