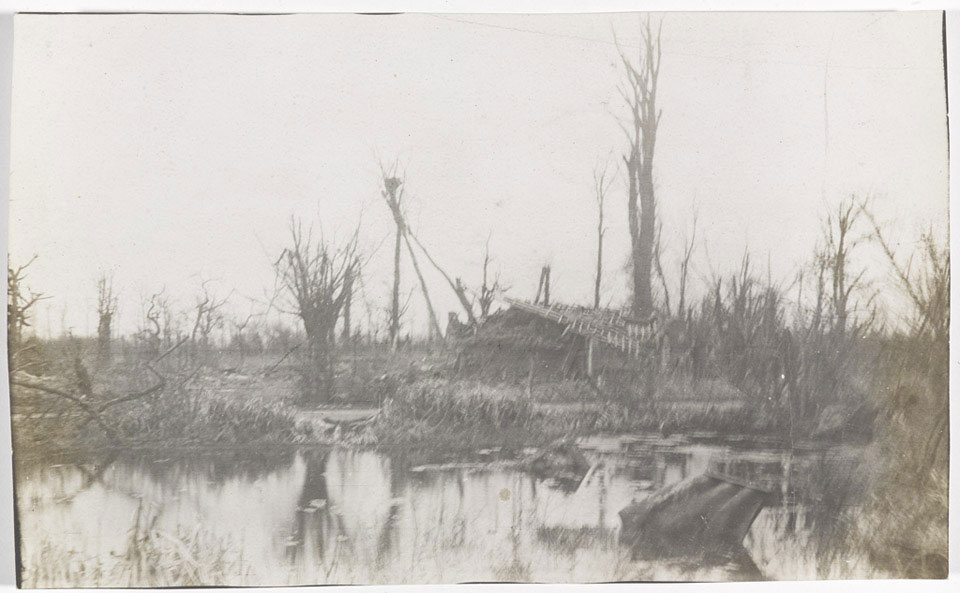 The shell-blasted landscape around Givenchy, 1915

The heavy fighting of the first two years of the war had left much of the landscape of north-eastern France in ruins. The destruction of pre-war drainage ditches by artillery bombardment also led to widespread flooding throughout the region.

From an album of 284 photographs compiled by Second Lieutenant R T Cooper.