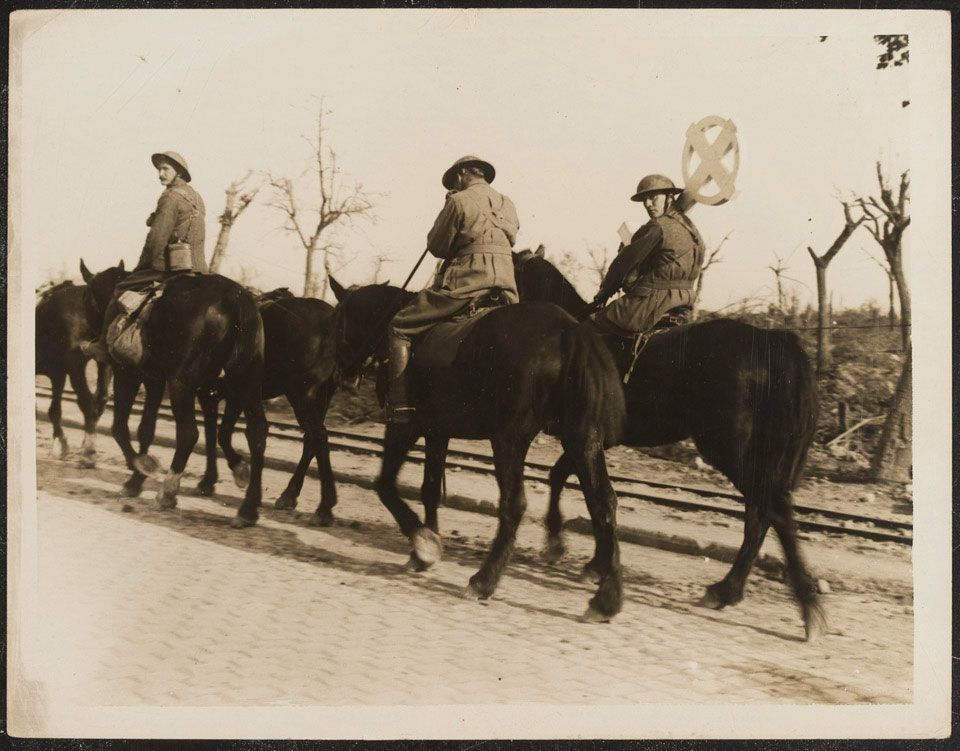 During the war thousands of horses, mules and donkeys served with British forces on the Western Front. They were used to carry supplies and ammunition, transport the wounded and pull guns. Thousands of animals were killed or wounded, while others succumbed to fatigue and disease. In this image, a soldier carries a temporary grave marker to erect over a fallen comrade's body.

From a collection of 282 photographs collected by Second-Lieutenant Cooper.