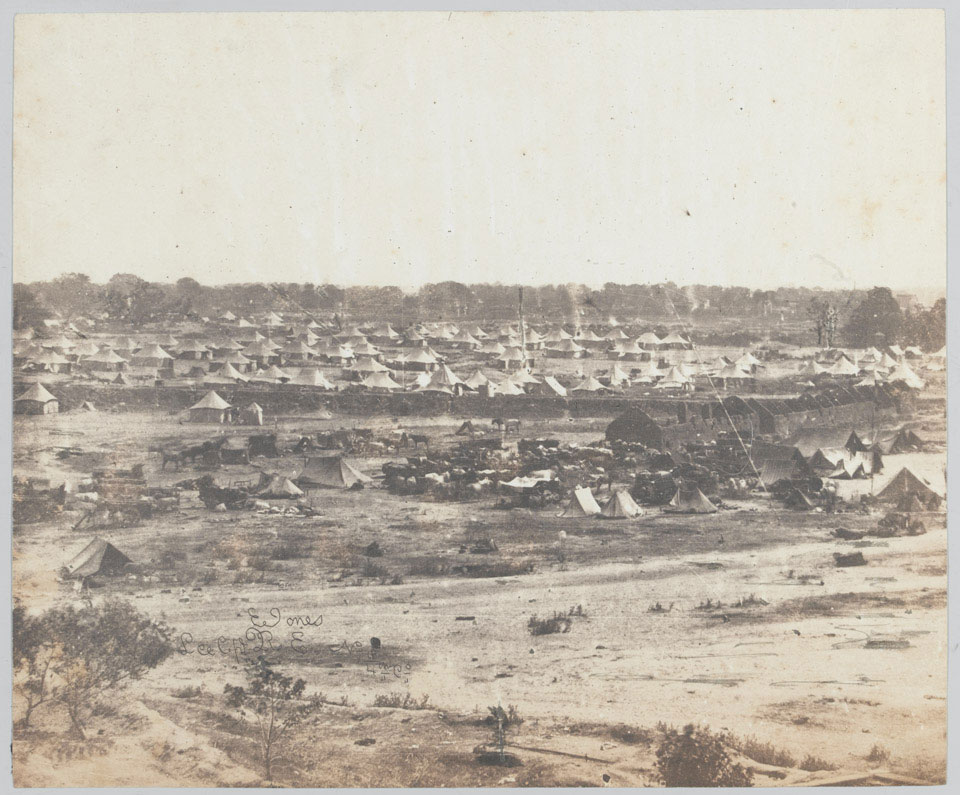 Sir James Outram's camp was located at the Alumbagh, a large enclosure situated just outside the city of Lucknow. It was occupied by Outram and 4000 of his men in November 1857 after the evacuation of the Residency. His presence at the Alumbagh prevented the rebels in Lucknow undertaking offensive operations. In March 1858 Outram was joined there by Sir Colin Campbell's force from Cawnpore for the final capture of Lucknow. It was during this period, immediately before the attack, that Lance Corporal Jones took his photographs of the British encampment. Although the condition of these photographs is not the greatest, they are unique Indian Mutiny (1857-1859) images, having been taken at the time of the actual fighting.