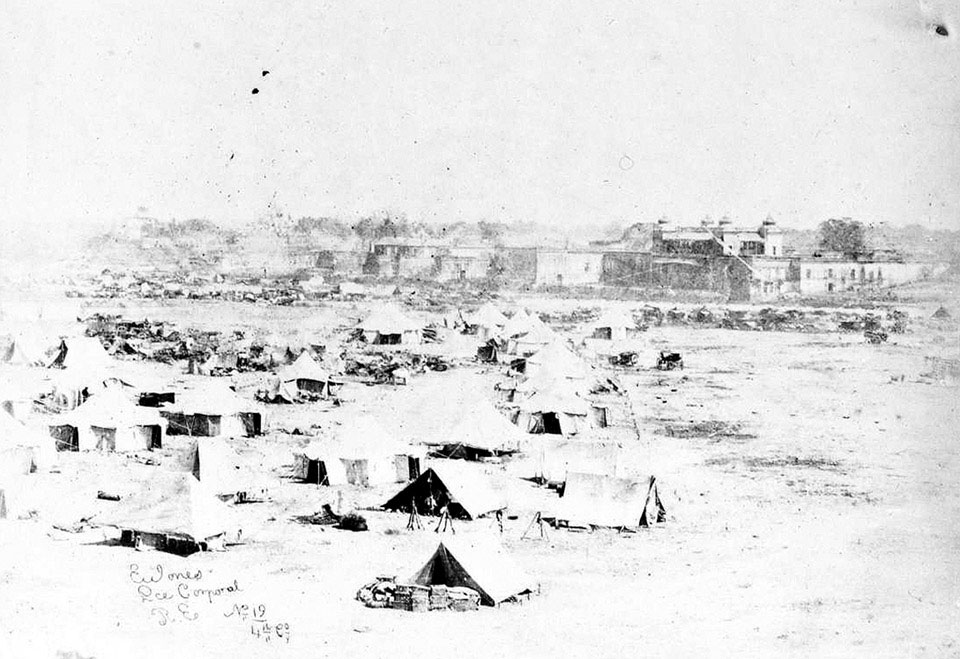 The Hospital Camp before Lucknow, 1858

Although most early military photographs appear to have been carried out by off-duty officers, it seems that the Royal Engineers (RE) and its Company equivalents were introducing the new technology to both officers and NCOs by the mid-1850s. From 1855, tuition in photography was available to cadets at the Company's Addiscombe college, and by 1858 at least one RE unit, the 23rd, used the camera as an ordinary part of their equipment. The 23rd Company also served during the Indian Mutiny (1857-1859).

Colonel Faber, Chief Engineer in Madras in 1855, was in no doubt as to the value of the camera, considering that it would soon quote 'supersede the tedious and highly paid labours of the professional draughtsman'. In time, he believed that knowledge of the medium would form part of the duties of all engineers. During the mutiny, Jones produced a handful of albumen prints from collodion negatives, most of which were of Lucknow, during and after its recapture in March 1858. Jones was one of the few photographers who was present to record scenes at the time of the actual fighting.