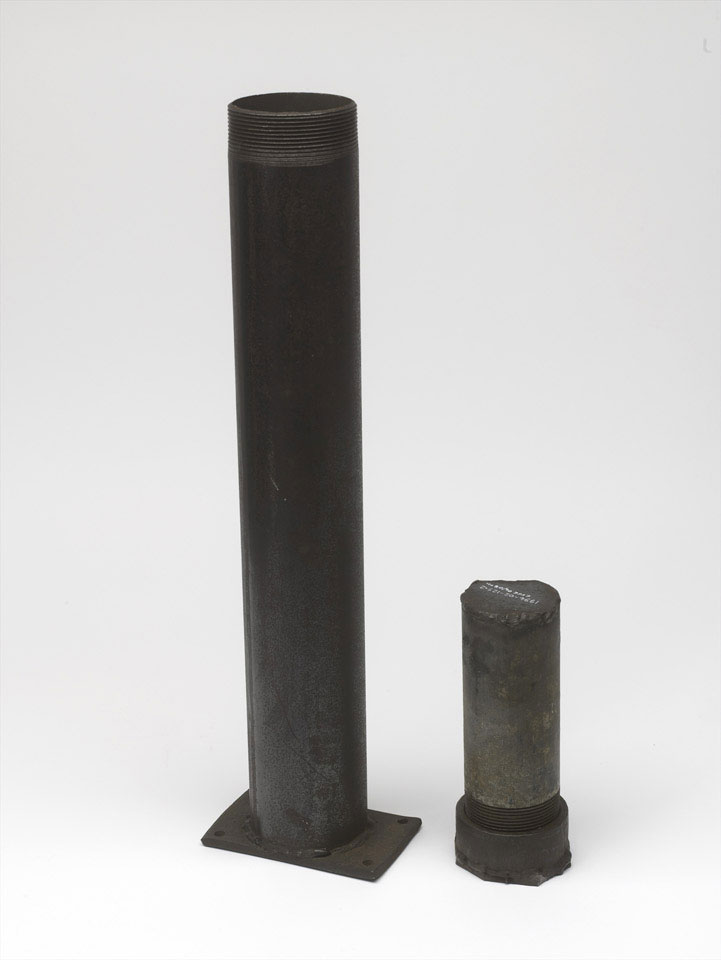 In the early 1950s the majority Greek-Cypriot population of Cyprus had been demanding Enosis, or union with Greece. In 1954 Britain ruled this out as it planned to transfer its Suez military headquarters to Cyprus. This led Colonel George Grivas's EOKA (National Organisation of Cypriot Fighters) to begin a guerrilla campaign aimed at driving the British out. By mid-1956 there were 17,000 British servicemen in Cyprus assisting the police with the maintenance of security.

EOKA terrorists had no access to large weapons like mortars and simply made their own. This is a basic metal tube which fired a home made bomb full of scrap iron.