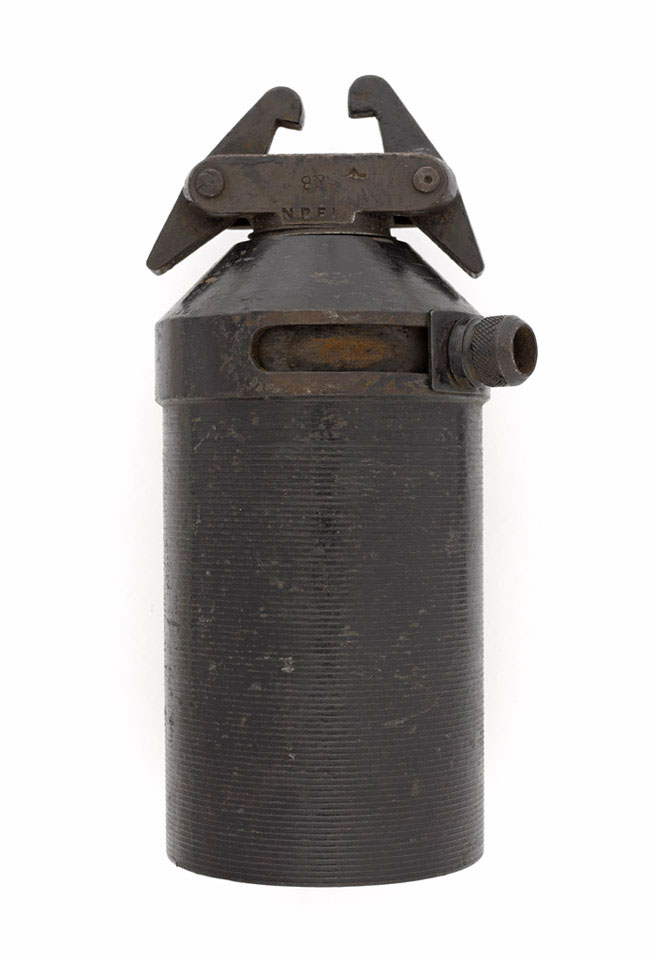 Rifle grenade development was stepped up during World War One (1914-1918) as they proved useful weapons in trench warfare.

The British Army adopted this rifle grenade discharger to replace grenades fitted with rods. The discharger cup enabled soldiers to fire No 36 Grenades (Mills Bombs) and No 80 Phosphorus Grenades a distance of around 200 yards. Frequent use of the devices could however damage the rifles they were attached to.