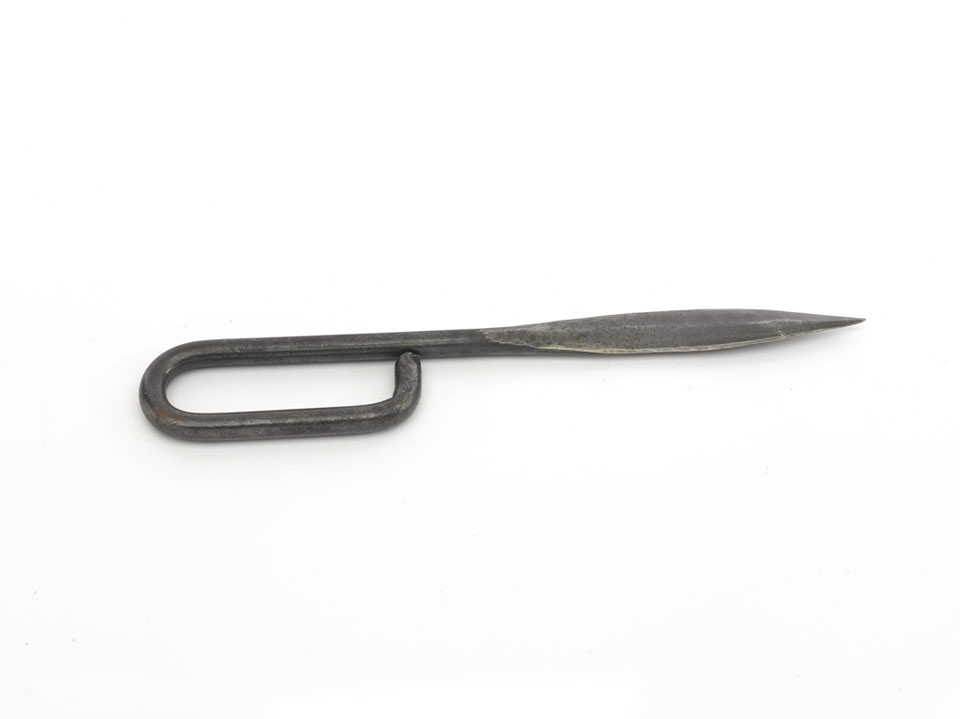 Trench knife made from a barbed wire stanchion 1916 (c)

This type of knife was also known as a 'French Nail'. It would have been used by First World War (1914-1918) soldiers during trench raids to quietly kill enemy troops in the confined spaces of the front line. They were used alongside other 'silent' weapons such as clubs, bayonets and axes.