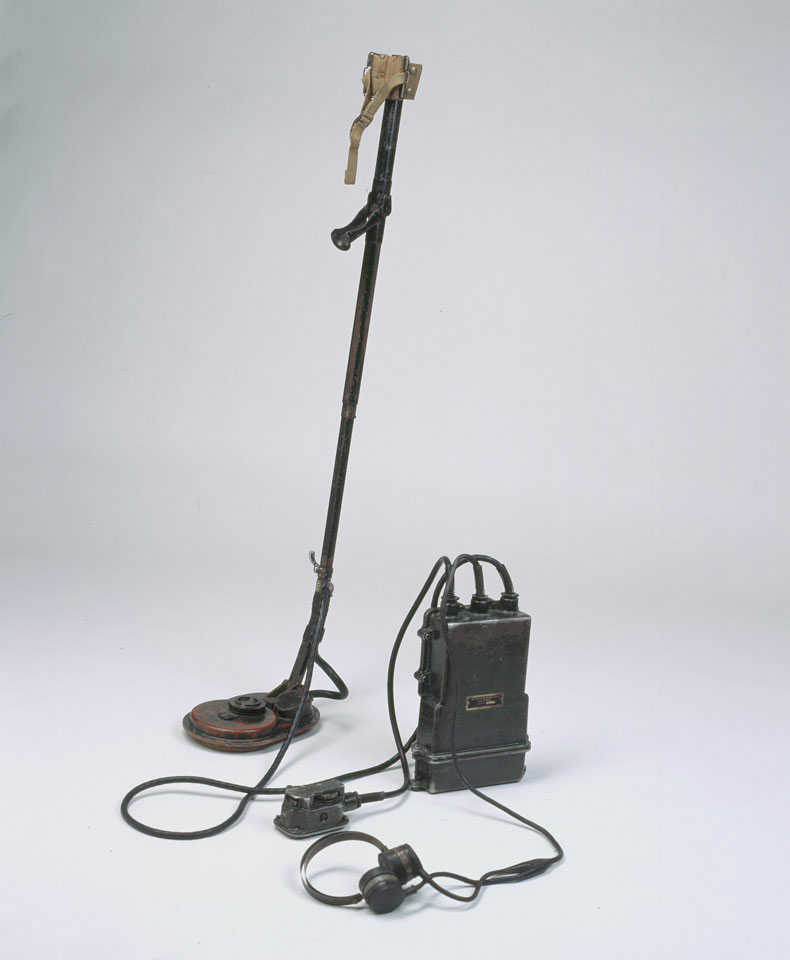 Over five million mines were planted by the Germans along the 'Atlantic Wall' in Normandy. Mines of all types were scattered in belts of varying thickness on the beaches, across fields and on roads. The intention was to make landing so difficult that the Germans could counter-attack the Allies while they were trapped on the beaches.

The No 4 light mine detector was supplied to Royal Engineers Field Companies, The Pioneer Corps, and Pioneer Battalions of infantry divisions. When held about 10 cm above the ground, the detector plate created an electro-magnetic field. When this met a metallic object an impulse was created, and by means of the amplifier, made a sound in the headphones of the operator. To counter this the Germans later developed mines of non-metallic materials such as wood, bakelite and even glass - making them ruthlessly efficient and responsible for many Allied casualties.