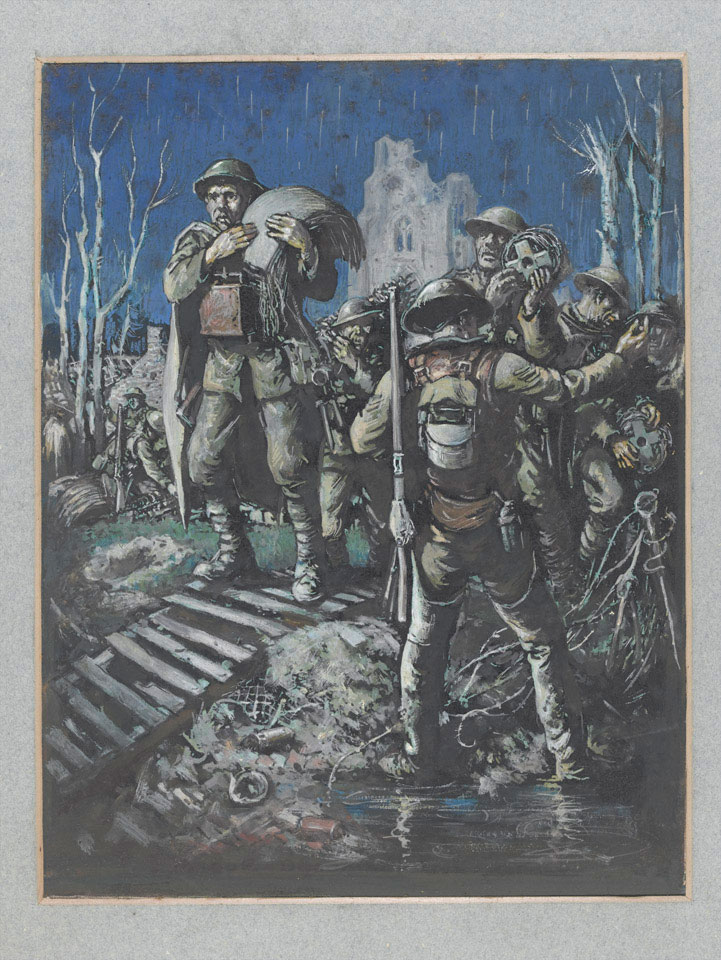 Rain falls on a working party of British soldiers on the Western Front during World War One (1914-1918). The soldiers, carrying barbed wire, stanchions and sandbags, negotiate wooden duck-boards laid on muddy and waterlogged ground, with shattered trees and a ruined church in the background.

Educated in Tonbridge, Kent, Richard Tennant Cooper trained as an artist in Paris, but in 1914 he volunteered as a private in 16th (Service) Battalion (Public Schools), The Duke of Cambridge's Own (Middlesex Regiment). In 1916 he was given a temporary commission as a second lieutenant in the Royal Engineers. He was promoted temporary lieutenant in July 1918 and captain in November that year.