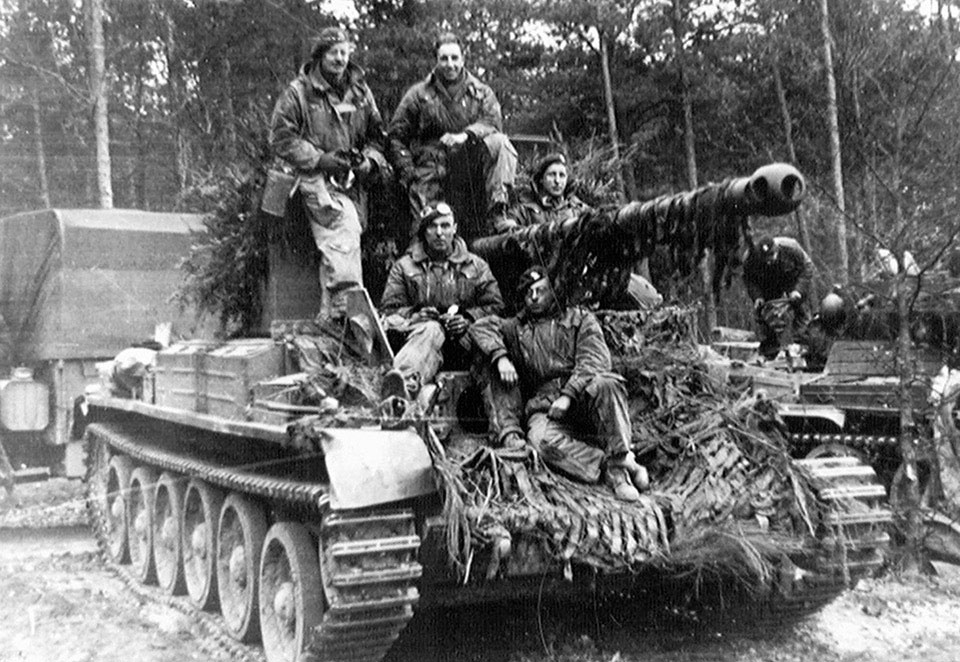 Lieutenant Edward Deeming's Challenger A30 tank, camouflaged with foliage, is pictured at Hellmannshof, south of Udem in the Rhineland, after the Schlieffen Line had been breached. 15th/19th King's Royal Hussars were the divisional reconnaissance regiment for 11th Armoured Division.

The Challenger was a stopgap design based on the chassis of a Cromwell tank with a new turret built to house a heavier 17-pounder gun. It was also armed with a Browning .30 inch machine gun.