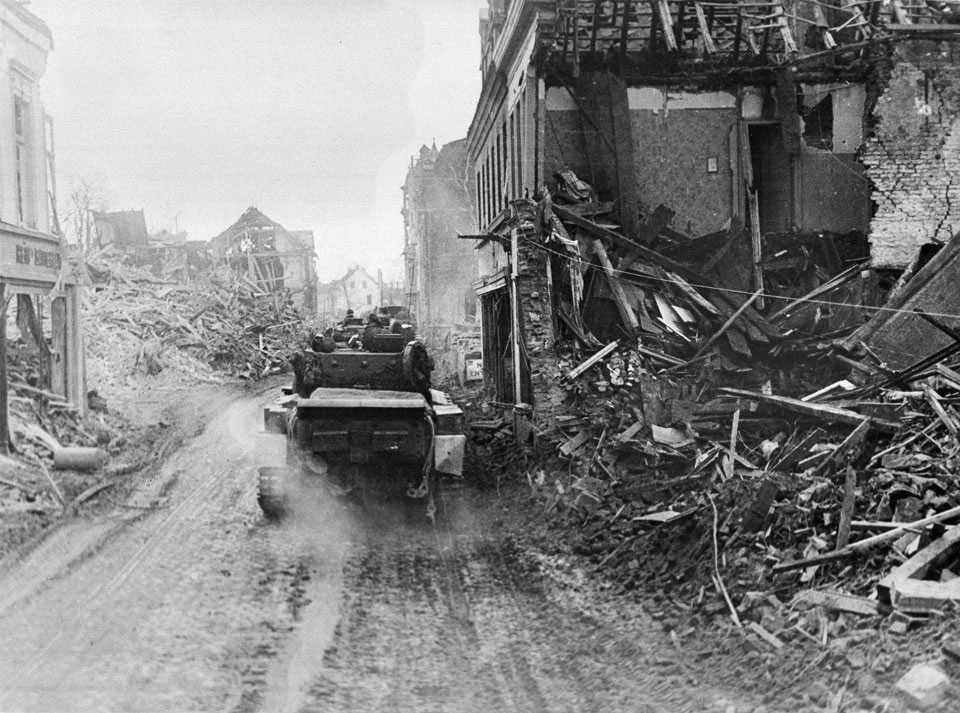 'The Rhineland and the battle south of Udem, 24 February 1945: 'B' Sqn. Cromwell driving through Cleve [sic] devastated by RAF.'

Some of the heaviest fighting during the advance to the Rhine was in the Reichswald, a forest west of Nijmegen between the Rivers Waal and Maas. The Germans had released the sluices on these rivers so that the areas north and south of the forest were flooded and impassable. The Reichswald itself had few roads and the Germans had built three defence lines. Kleve suffered heavy bombing and shelling during the campaign, with over 90 per cent of buildings in the city severely damaged.