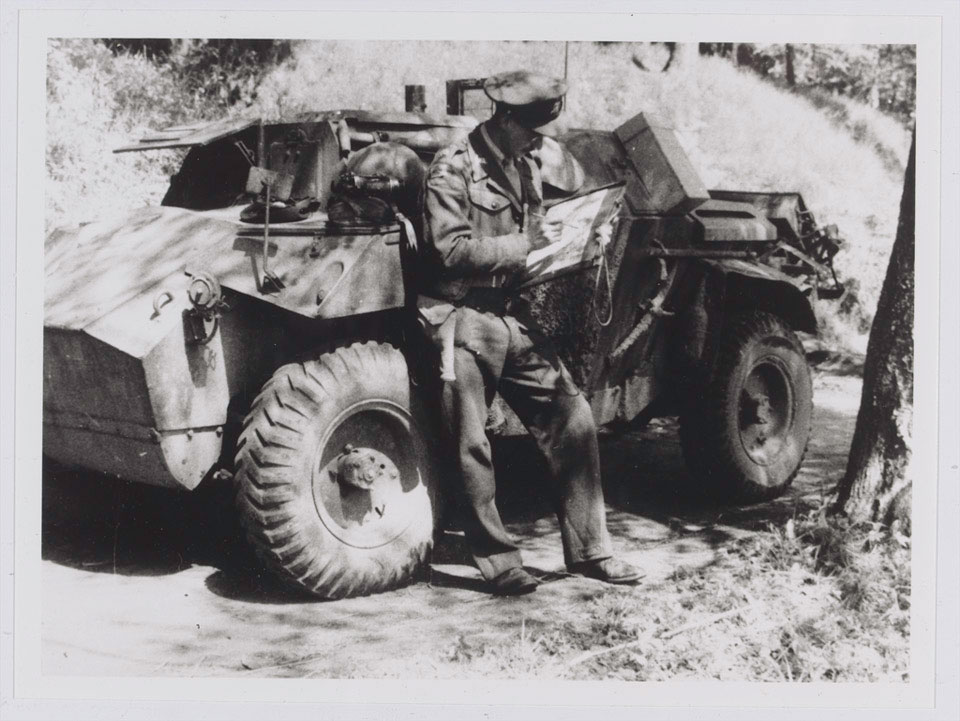 'VE-Day and time to relax a little, 8 May 1945: Lt. Ted Deeming en route to Lubeck with Daimler Scout Car.'

From a collection of 74 copy photographs taken during the campaign in North West Europe, World War Two (1944-1945).