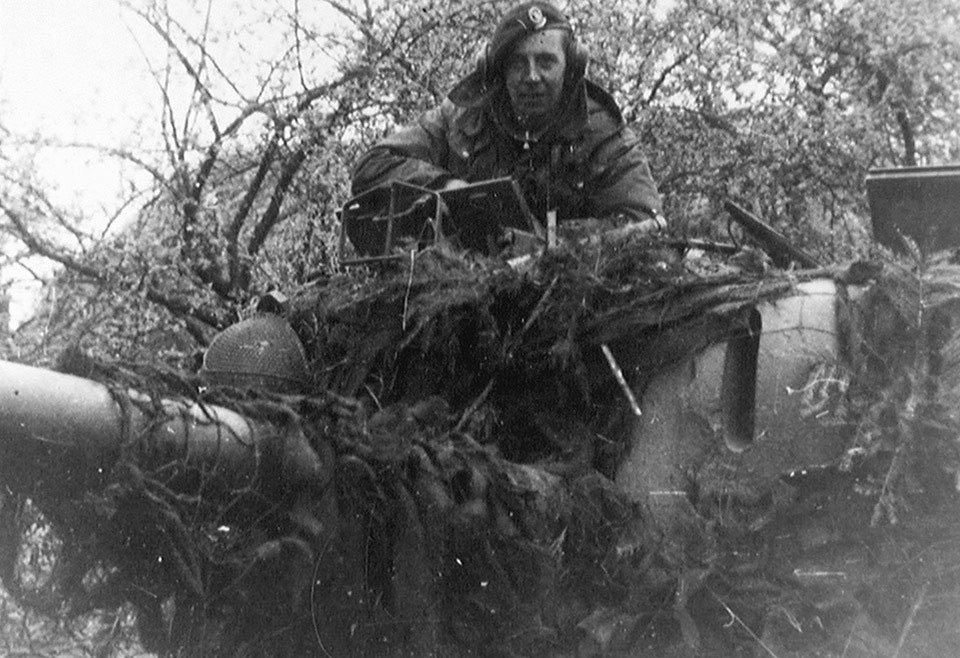 Trooper 'Tich' Croft in the turret of his Challenger tank (A30), Teutoberger Wald, 3 April 1945

The 15th/19th King's Royal Hussars were the divisional reconnaissance regiment for the 11th Armoured Division in North West Europe. The tank gunner is sitting on the turret with camouflage netting and foliage is attached to the turret.

From a collection of 74 copy photographs.