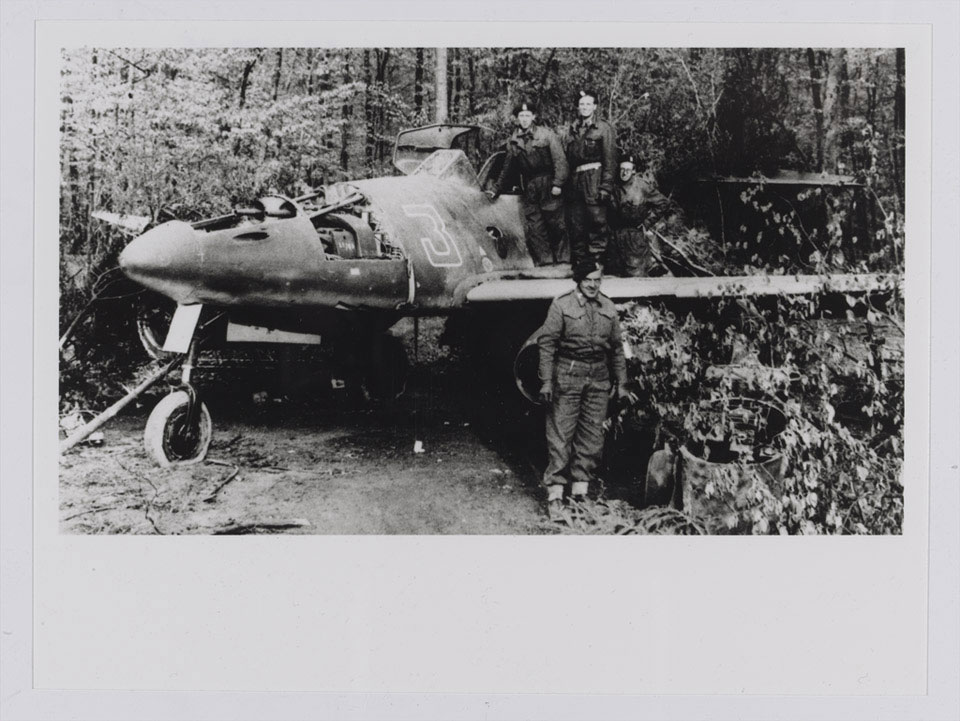 Examination of a German jet fighter by a British tank crew, May 1945

Members of 15th/19th King's Royal Hussars inspect a Messerschmitt Me 262 Schwalbe jet, the world's first effective jet fighter aircraft. It was introduced in 1944 as a fighter-bomber and interceptor warplane. The Allies and the Soviets quickly gathered up all surviving Me 262s at the end of the war and adopted many of the aircraft's specifications in their own jet programmes.

From a collection of 74 photographs taken during World War Two.