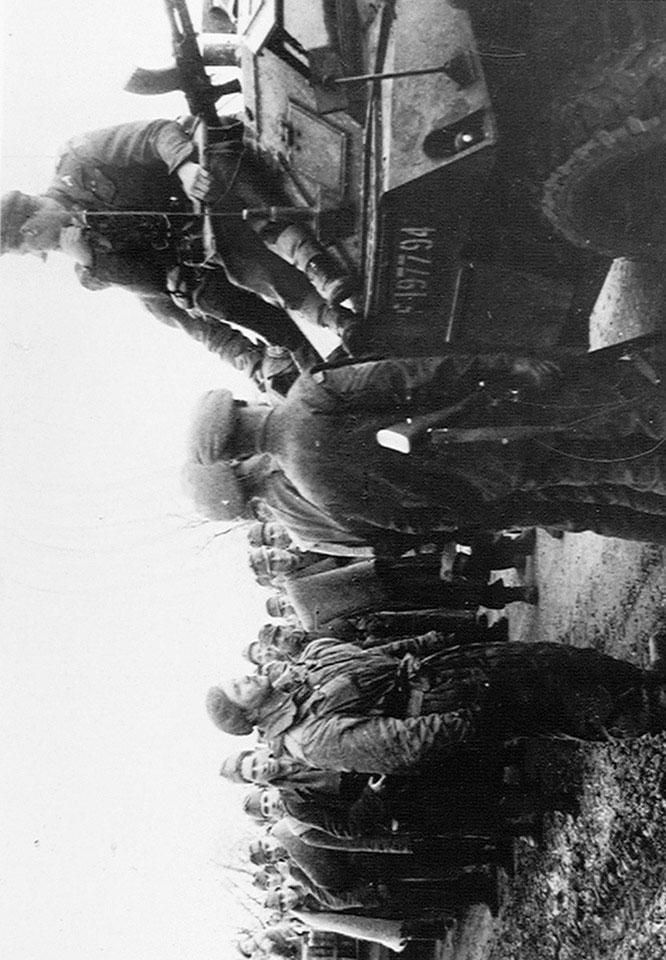 'Across the River Elbe and the German surrender, 3 May 1945'

Hungarian and German soldiers, some with their families, line up behind a scout car of the 15th/19th King's Royal Hussars. Many Axis soldiers were eager to surrender to the Allies rather than the vengeful Red Army advancing from the east.