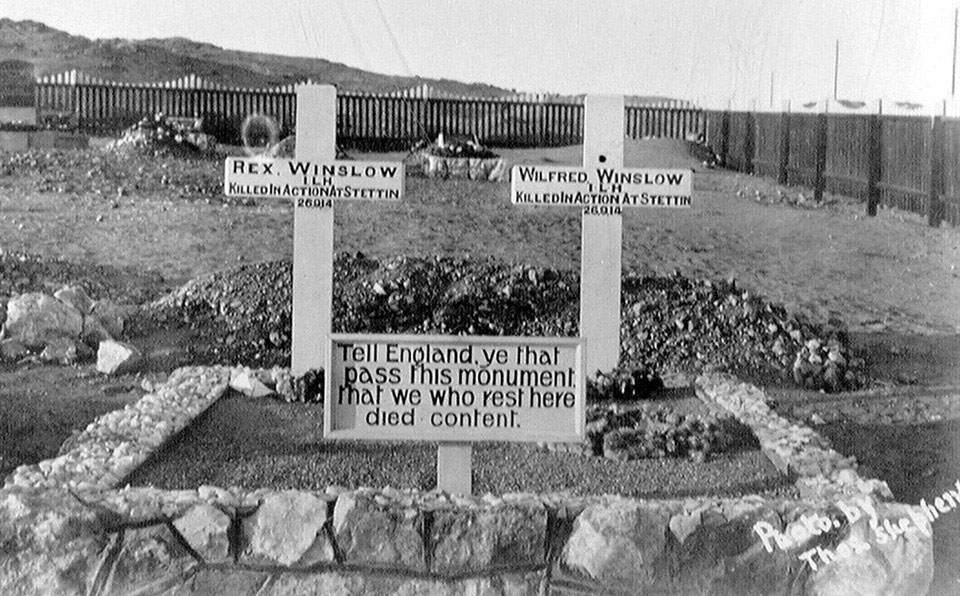 The grave of the Winslow brothers, Imperial Light Horse troopers killed at Stettin in September 1914

The sign by the grave reads 'Tell England ye that pass this monument that we who rest here died content'. The campaign in German South-West Africa had been undertaken by South African troops but ideas of loyalty to the 'mother country' and fighting 'for England' remained strong among many of those involved.