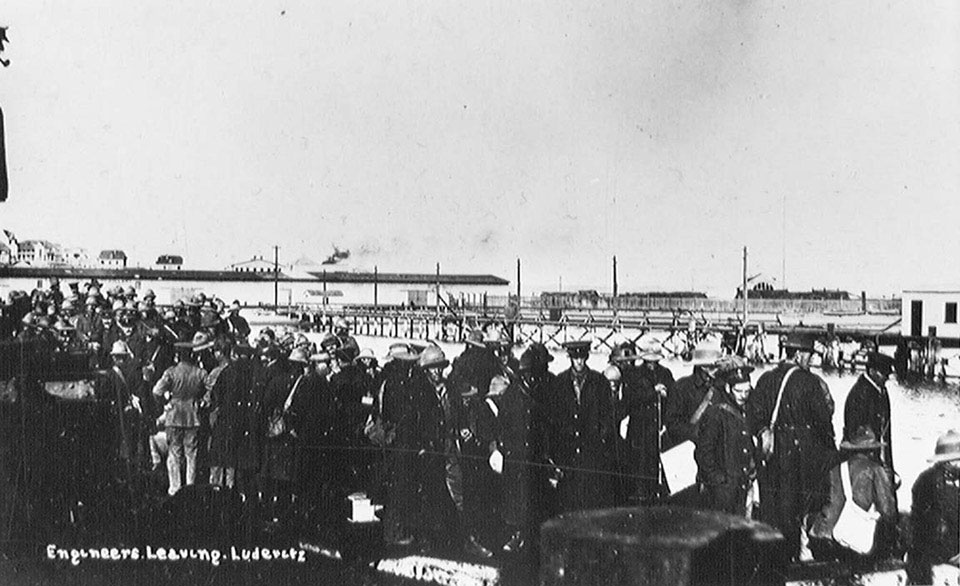 The campaign in German South-West Africa was undertaken by South African troops and was aimed at preventing the German navy from using the colony's ports. There were also several powerful radio transmitters in South-West Africa that could direct naval raids against British shipping. South African soldiers were therefore mobilised along the border in August 1914 and the port of Lüderitz was quickly occupied by 1,800 troops on 18 September. At the start of 1915 the South African Engineers and many other troops left the port to move up country to begin the occupation of the rest of the colony.

From an album of 76 photographs including many taken by Sapper Thomas Shepherd, South African Engineers.