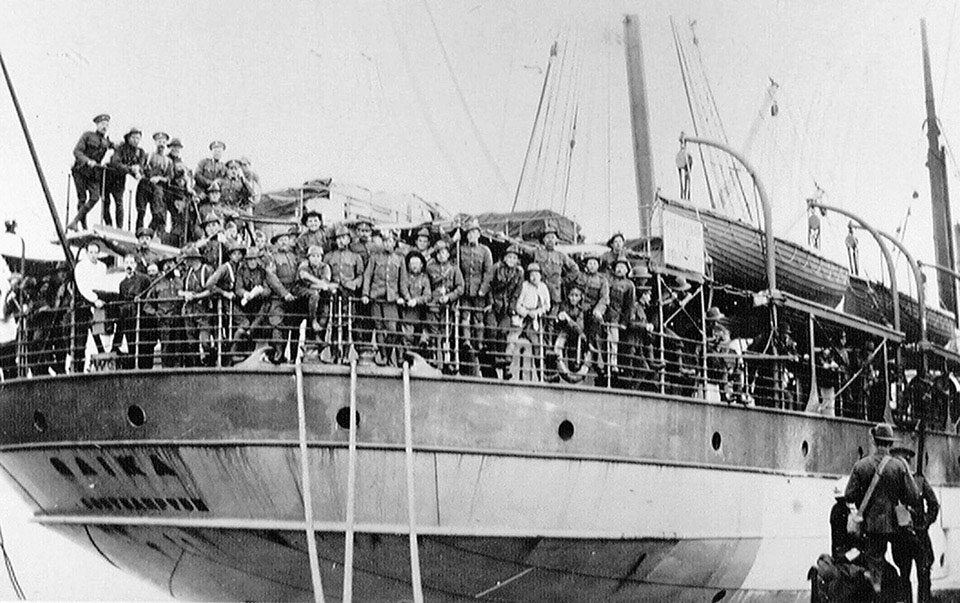 Following the outbreak of war in August 1914, South African soldiers were mobilised for operations in German South-West Africa in order to prevent the German navy from using that colony's ports. There were also several powerful radio transmitters in South-West Africa that could direct naval raids against British shipping. After a short campaign of manoeuvre fought in highly inhospitable conditions German forces finally surrendered in July 1915.

From an album of 76 photographs, including many taken by Sapper Thomas Shepherd, South African Engineers.