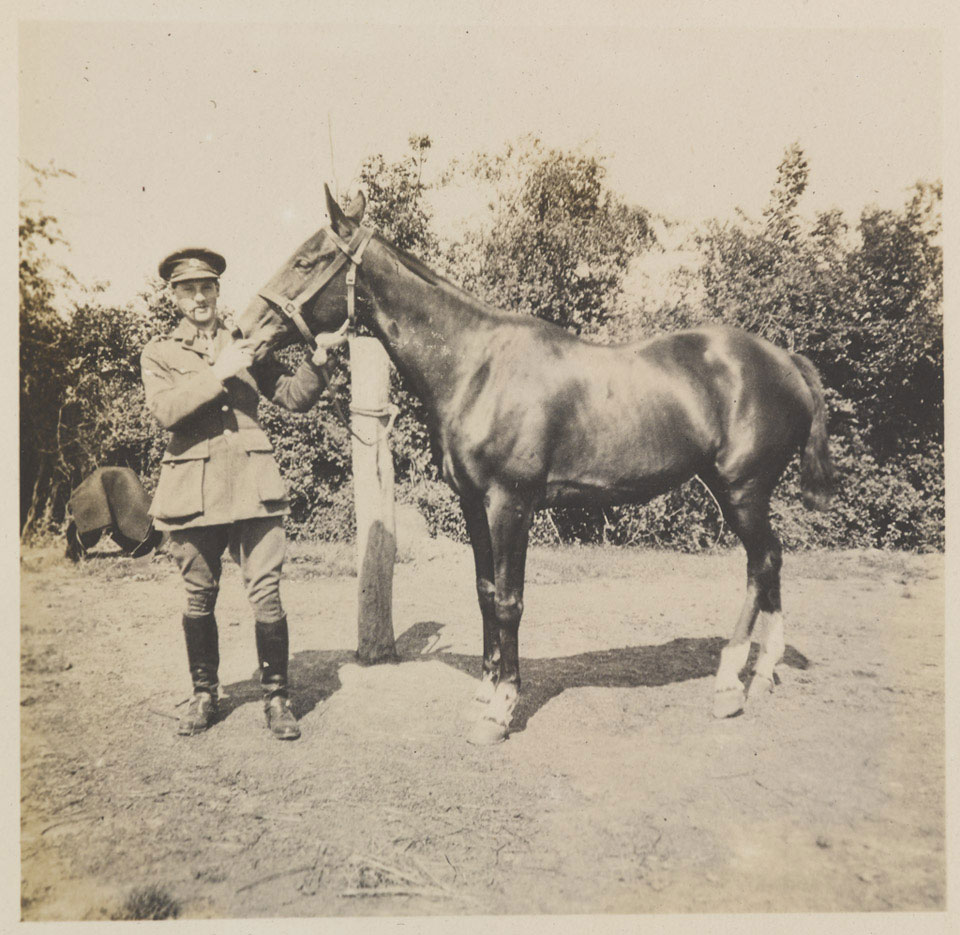 Logan was commissioned into the Bedfordshires in August 1914 having been on the Unattached List of the Indian Army. Logan went on to fight at the First Battle of Ypres (19 October-22 November 1914) and the Battle of Neuve Chapelle (10-13 March 1915) where he was awarded the Military Cross for his services. He was later wounded at the Battle of Loos on 25 September 1915.

From an album of 84 photographs compiled by Lieutenant-Colonel A F Logan MC.